The Conservative MP sought a solution for such "harassment," asking the prime minister "what can be done to stop this intimidation?" 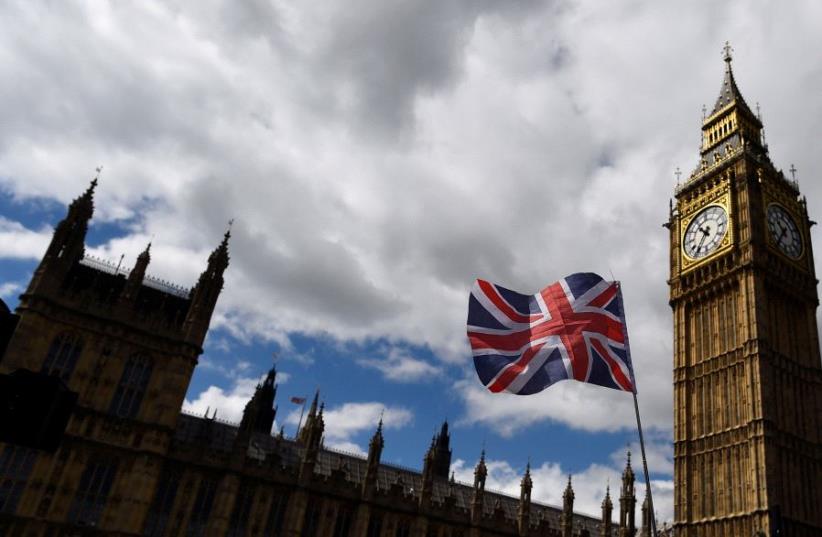 The Union Flag flies near the Houses of Parliament the day before a general election in central London, Britain June 7, 2017.
(photo credit: REUTERS/CLODAGH KILCOYNE)
Advertisement
A British lawmaker claimed that she was the target of antisemitic abuse during the UK general election after discovering several of her campaign posters were vandalized with swastikas, The Jewish Chronicle reported Wednesday.   Conservative MP Sheryll Murray recalled the experience during a session of Prime Minister's Questions in parliament, saying that her campaign offices were also urinated on in the midst of the campaign season. "Over the past months, I've had swastikas carved into posters," Murray, a Conservative Friends of Israel supporter, announced during the first PMQ held since May won a narrow victory against Labour party leader Jeremy Corbyn earlier this month. Murray said she was "sickened" by the experience, and noted that the "symbol is incredibly offensive to both Jews who lost so many and the British who stood firm against its tyranny."The Conservative MP entreated the prime minister on "what can be done to stop this intimidation," which she quipped was "hardly kinder, gentler politics."The prime minister replied: "She was not the only person who experienced this sort of intimidation during the election campaign.""Particularly...this sort of intimidation was experienced by female candidates.""I believe that this sort of behavior has no place in our democracy...and it could put good people off from serving in this House," the prime minister added. The issue of rising antisemitism on UK campuses was also discussed during Wednesday's PMQ session,  with Conservative MP Anne Main bringing the matter to the attention of the premier.

In response, May praised the work of the Community Security Trust and others in combating antisemitism and Islamophobia, according to The Jewish Chronicle.