Ukraine city to hold festival in honor of Nazi collaborator

Nationalist collaborator Roman Shukhevych's men were part of a pogrom that killed over 6,000 Jews. 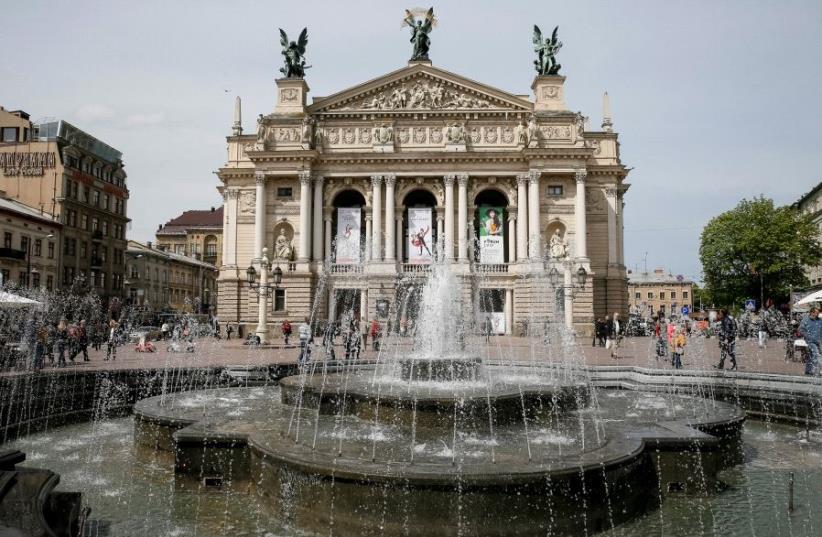 The opera house in Lviv, Ukraine.
(photo credit: REUTERS)
Advertisement
A leader of Ukrainian Jewry condemned the hosting in Lviv of a festival celebrating a Nazi collaborator on the anniversary of a major pogrom against the city’s Jews.The municipality plans to hold “Shukhevychfest,” an event named after the nationalist collaborator Roman Shukhevych featuring music and theater shows, on June 30th. Eduard Dolinsky, the director of the Ukrainian Jewish Committee, in a statement called the event “disgraceful.”On June 30, 1941, Ukrainian troops, including militiamen loyal to Shukhevych’s, began a series of pogroms against Jews, which they perpetrated under the auspices of the German army, according to Yale University history professor Timothy Snyder and other scholars. They murdered approximately 6,000 Jews in those pogroms.This June 30 will be the 110th birthday of Shukhevych, a leader of the OUN-B nationalist group and later of the UPA insurgency militia, which collaborated with the Nazis against the Soviet Union before it turned against the Nazis.“Shukhevychfest” is part of a series of gestures honoring nationalists in Ukraine following the 2014 revolution, in which nationalists played a leading role. They brought down the government of former president Viktor Yanukovuch, whose critics said was a corrupt Russian stooge.On June 13, a Kiev administrative court partially upheld a motion by parties opposed to the veneration of Shukhevych in the city and suspended the renaming of a street after Shukhevych. The city council approved the renaming earlier this month.In a related debate, the director of Ukraine’s Institute of National Remembrance, Vladimir Vyatrovich, who recently described Shukhevych as an “eminent personality,” last month defended the displaying in public of the symbol of the Galician SS division. Responsible for countless murders of Jews, Nazi Germany’s most elite unit was comprised of Ukrainian volunteers.Displaying Nazi symbols is illegal in Ukraine but the Galician SS division’s symbol is “in accordance with the current legislation of Ukraine,” Vyatrovich said.