Ukraine urged to act against general who threatened to 'destroy Jews' 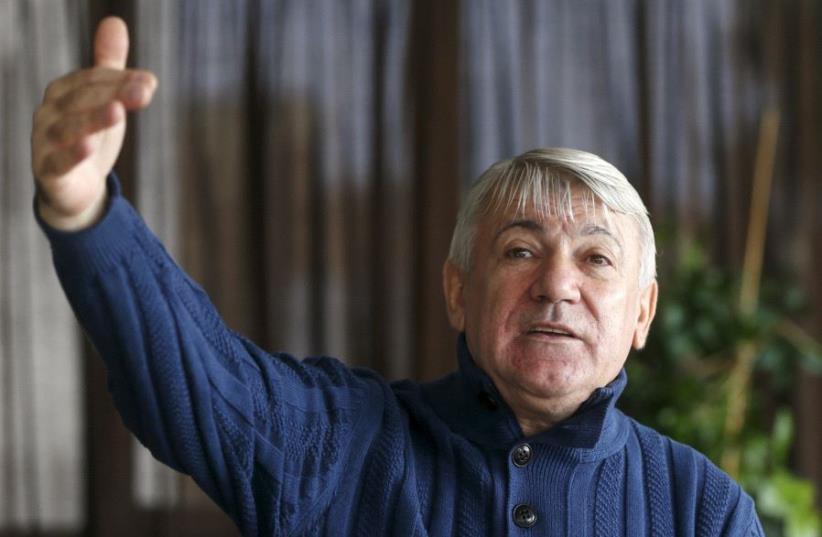 Vasyl Vovk gestures during an interview with Reuters in Vinnytsya, Ukraine, October 9, 2015.
(photo credit: REUTERS/VALENTYN OGIRENKO)
Advertisement
The Simon Wiesenthal Center on Wednesday joined calls on the Ukrainian government to take action against retired Security Service General Vasily Vovk in the wake of a recent Facebook post in which he threatened to "destroy" the country's Jews.Vovk, who still holds a senior reserve rank with the Security Service of Ukraine, posted on Facebook: “I am completely against Jews,” and “You are not Ukrainians and I will destroy you along with Rabinovich” – an apparent reference to Vadim Rabinovich, a Ukrainian Jewish businessman and politician.He also wrote that "Ukraine must be governed by Ukrainians.” The Facebook post in which he wrote these comments last week has since been deleted.In a letter sent to Ukrainian ambassador to Israel Hennadii Nadolenko by Director of Eastern European Affairs Dr. Efraim Zuroff, the Simon Wiesenthal Center emphasized the severity of the general's comments and lack of an appropriate response by the Ukrainian authorities. "I am aware of the fact that the embassy here in Israel responded to express your regret about the 'highly provocative post of [an] antisemitic character,' but there is no indication that any legal action of any sort has or will be taken against General Vovk,” Zuroff wrote. “So although the embassy 'condemns all kinds of manifestations of antisemitism, xenophobia, and other forms of intolerance,' the bottom line as far as the Ukrainian authorities are concerned, is absolute impunity for vicious antisemites," he continued, urging the embassy to demand that "appropriate and resolute action" be taken against Vovk.Last week the The Anti-Defamation League (ADL) wrote a letter to Ukrainian President Petro Poroshenko, appealing to him to fire Vovyk.