According to local media reports, the raid lasted several hours at the homes where a 200-odd strong community live. 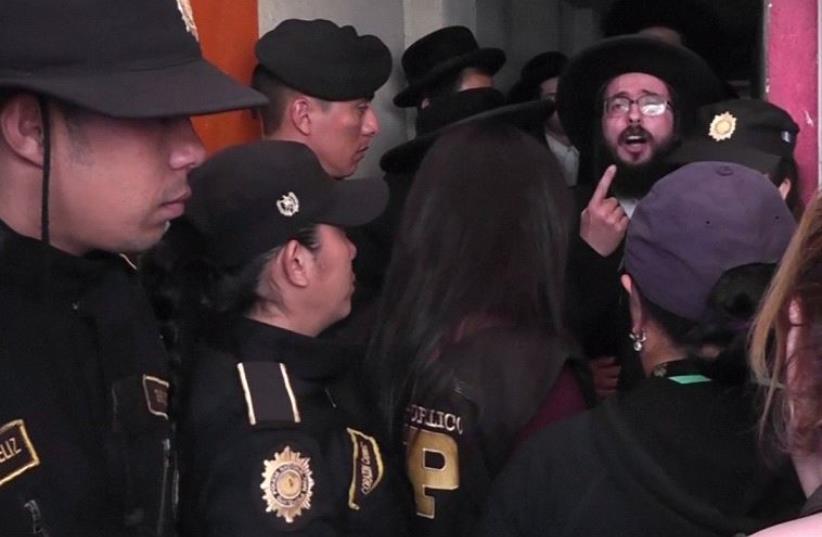 Ultra orthodox Jewish community under investigation for child abuse in Guatemala
(photo credit: screenshot)
Advertisement
Authorities in Guatemala raided the homes of a group of ultra-Orthodox Jews in Guatemala City on Wednesday amid accusations of child abuse.The same Lev Tahor community have been forced to abandon Israel, the United States and Canada, where the Lev Tahor group's strict religious ways had clashed with authorities in those countries.According to local media reports, the raid lasted several hours at the homes where a 200-odd strong community live.One unconfirmed report said children were taken away from their parents and another stated that Israeli officials were present during the raid.
Ultra orthodox Jewish community under investigation for child abuse in Guatemala
The Foreign Ministry said in a news statement that Israel was cooperating with Guatemalan authorities.A member of the Lev Tahor community, Atu Helbrans, described the raid."Guatemalan police are very very bad. I never saw in my life such a thing. My children are in a big trauma. What the police did in the morning. They didn't even let a few minutes to think, to talk, nothing," she said.In August 2014, this Lev Tahor community were forced out of their homes in San Juan la Laguna around 150 km (93 miles) west of Guatemala City after friction with sections of the local population.Founded in the 1980s by Israeli Shlomo Helbrans, the Lev Tahor practice an austere form of Judaism. Winning admiration from some Jews for its devoutness, the group is condemned by others as a cult-like sect.Lev Tahor in Guatemala (Screenshot/Reuters)An unidentified member of the Lev Tahor community, dismissed the allegations and said the Lev Tahor were being persecuted for their religious beliefs. He also said they rejected the state of Israel because it views the Jews as a people in exile."It's a disgrace that authorities here in Guatemala let the government of Israel in (he means that the government of Israel is persecuting them) just like the Poles who sold their people to the Germans, such as the Hungarians and all those countries who sold their people to people who want to persecute others," said the bearded man, who like other men in the Lev Tahor, which means "Pure Heart" in Hebrew, has his head shaved and wears sidelocks beneath a black hat.Eschewing technological trappings such as television and computers, daily life among the Lev Tahor, whose women wear body cloaks similar to a burqa, is steeped in religion.A representative from the Guatemalan Human Rights office, Gloria Castro, said the raids were ordered by a judge."Some raids were undertaken that were ordered by a judge under Guatemalan law in these buildings where an ultra-Orthodox Jewish community live. They were here to verify health and physical conditions of the children and adolescents that are in this area," Castro said.Black-clad men, women and children of the Lev Tahor were seen leaving the premises with babies in arms.