US congressman apologizes for filming inside Auschwitz gas chamber 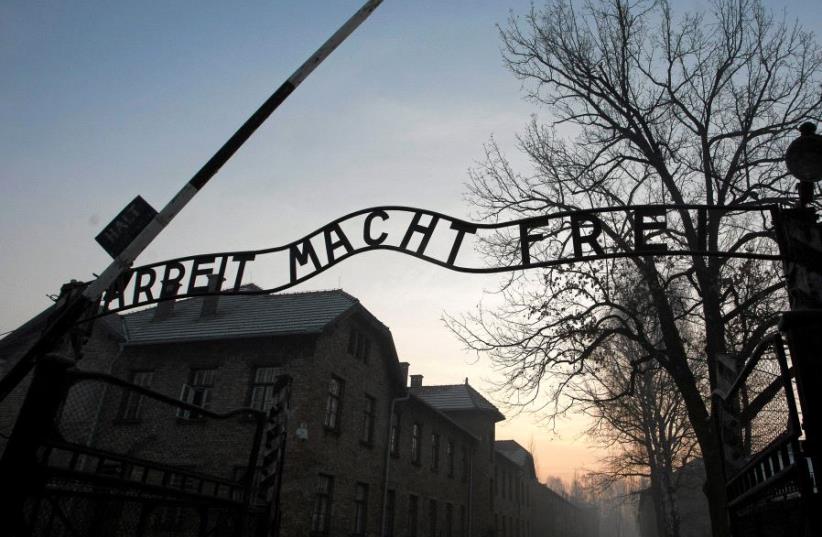 The Nazi slogan "Arbeit macht frei" (Work sets you free) is pictured at the gates of the former Nazi German concentration and extermination camp Auschwitz-Birkenau in Oswiecim, Poland January 27, 2017
(photo credit: AGENCY GAZETA/KUBA OCIEPA/VIA REUTERS)
Advertisement
A US congressman who was criticized for filming a video inside a former gas chamber at the Auschwitz death camp apologized and removed it from social media on Wednesday, saying he had intended it as a tribute to those killed at the Nazi-run site. Representative Clay Higgins, a Louisiana Republican, had come under fire from the Auschwitz-Birkenau Memorial and Museum in Poland for the five-minute video he filmed at the camp where more than a million people were murdered during World War Two.Higgins said in a statement that he had taken down the video out of respect for those who felt it was wrong or caused pain."My intent was to offer a reverent homage to those who were murdered in Auschwitz and to remind the world that evil exists, that free nations must remember, and stand strong," he said.Higgins narrated part of the video in front of railroad tracks, piles of shoes left behind by slain inmates, cells and crematoria. He then went inside the gas chamber and described how people were killed."This is why homeland security must be squared away, why our military must be invincible," said Higgins, a former law enforcement officer who serves on the House of Representatives Homeland Security Committee.On Twitter, the Auschwitz-Birkenau Memorial showed a plaque at the building's entrance that called on visitors to remain silent out of respect for those killed there by SS troops."Everyone has the right to personal reflections. However, inside a former gas chamber, there should be mournful silence. It's not a stage," the memorial said in a separate tweet on Tuesday.Between 1.2 million and 1.5 million people, most of them Jews, were killed by Nazis at Auschwitz and its linked Birkenau camp.The NOLA.com news website said Higgins' video had been posted on Saturday on the YouTube channel of Lee Johnson Media. The website describes itself as "A Conservative Podcast looking at America of Today!"The Anne Frank Center expressed its disgrace with Higgins on Twitter, calling for the congressman to "Get sensitivity training or get a new job."Steven Goldstein, the Executive Director of the Anne Frank Center for Mutual Respect also issued a statement pointing out that the Auschwitz video lacked mention of both the Jews and the Holocaust.

.@RepClayHiggins Get sensitivity training or get a new job. Your informercial at Auschwitz is hideous. #NeverAgain to any people.

JOURNALISTS: @RepClayHiggins Auschwitz video makes no mention of Jews or Holocaust, and has his campaign reelection logo at the end. pic.twitter.com/hr8g2GNOWr