"The Museum calls on public figures and citizens to avoid condemning today’s refugees as a group," Museum says in statement. 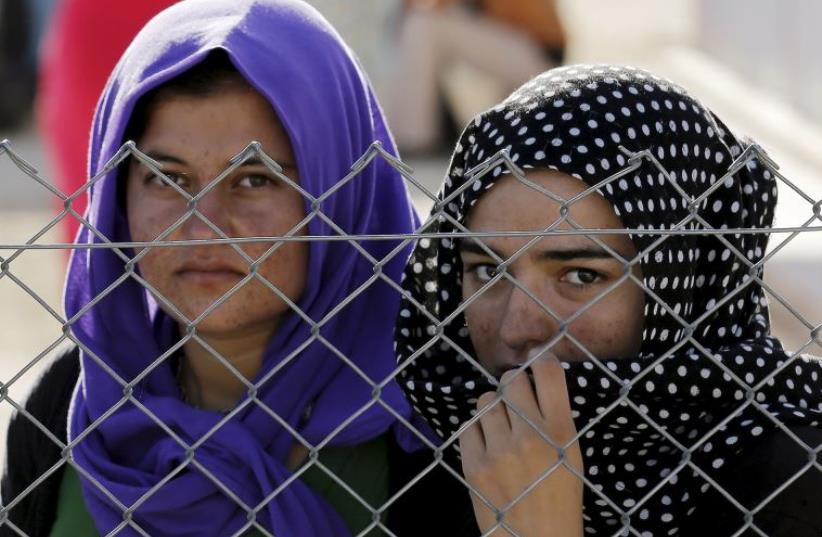 Yazidi refugees stand behind fences in the southern Turkish town of Midyat
(photo credit: REUTERS)
Advertisement
WASHINGTON — The United States should not turn its back on Syrian refugees, the US Holocaust Memorial Museum said.“Acutely aware of the consequences to Jews who were unable to flee Nazism, the United States Holocaust Memorial Museum looks with concern upon the current refugee crisis,” the museum said in a statement on Thursday.“While recognizing that security concerns must be fully addressed, we should not turn our backs on the thousands of legitimate refugees. The Museum calls on public figures and citizens to avoid condemning today’s refugees as a group. It is important to remember that many are fleeing because they have been targeted by the Assad regime and ISIS for persecution and in some cases elimination on the basis of their identity.”The museum routinely pronounces on threatened populations; most recently it described the Islamic State as committing genocide against minorities.However, run by a board with members selected by both parties, it has striven to avoid wading into partisan issues, making the statement on the Syrian refugee crisis notable.In the wake of last week’s terrorist attacks in Paris, Republicans this week have overwhelmingly favored keeping the refugees out of the country for now, with some GOP presidential candidates and governors describing them collectively as a threat.The Obama administration and most Democrats insist on moving ahead with a plan to allow in 10,000 refugees over the next year.Most of the suspected attackers in Paris were natives of France or Belgium, although there is evidence that one may have entered Europe under the guise of a refugee.