Conference of Presidents accuses French envoy of "justifying a boycott of Israel by raising extraneous issues regarding the status of the West Bank territories." 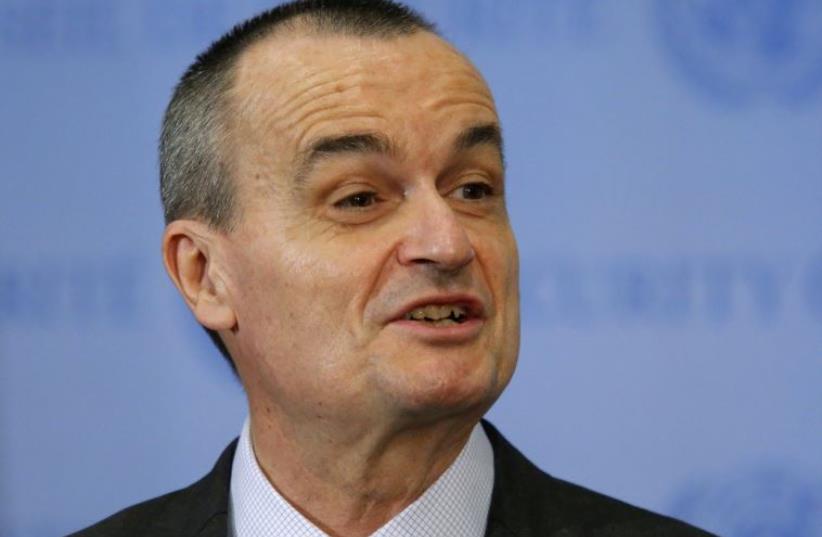 France's ambassador to the United States, Gerard Araud
(photo credit: REUTERS)
Advertisement
The Conference of Presidents of Major American Jewish Organizations criticized what it said were inconsistencies in French diplomacy’s reaction to Orange’s pullout from Israel.The statement Friday by the Conference, an umbrella for 50 national Jewish organizations, focused on a series of messages about the West Bank posted on Twitter by France’s ambassador to the United States, Gerard Araud, directly following the announcement Thursday by France’s Orange telecommunications giant that it intends to pull out of Israel.Faced with complaints over what was perceived as a politically motivated act of disassociation with Israel, Orange, which is partially controlled by the French government, released a clarification on its website explaining the move was the result of a company strategy. Israel, Orange said, was the only country where Orange was operating through an affiliate, Partner Communications — from which Orange now wished to part.Yet Araud’s tweets, the Conference of Presidents wrote, were seen as “justifying a boycott of Israel by raising extraneous issues regarding the status of the West Bank territories.”On Thursday, Araud was asked by one of his Twitter followers if he had any comments on Orange’s pullout. His answer, “1) A private corporation, (2) because of the activity of the Israeli partner in the occupied territory.”In his reaction, French Foreign Minister Laurent Fabius on Friday said Orange operated independently from the government on the issues. While France opposes boycotts of Israel, “it is for the president of the Orange group to determine the commercial strategy of the company,” Fabius said.Araud’s tweets “appear to be an attempt to support discriminatory actions against Israel, rejected in statements by France’s Foreign Minister,” the Conference of Presidents wrote. “We believe the Ambassador must immediately and publicly retract his comments,” it added.In conversations with followers - at least one of whom Araud accused of insulting France - Araud further wrote: “Contributing to settlements in an occupied territory is illegal” and: “Why argue about a territory recognized as occupied by 190 countries” with “its own population.”On Friday, after Fabius’ address, Araud wrote: “Whatever the debate about occupied territories, France condemns all boycott of Israel, which is a different issue.”On Wednesday, one day before Orange announced its pullout, its CEO, Stephane Richard, said at a conference in Cairo that he would abandon Partner “tomorrow morning” if not for contractual penalties.“I know that it is a sensitive issue here in Egypt, but not only in Egypt,” Richard said. “We want to be one of the trustful partners of all Arab countries.”He later told Ynet he was misunderstood, and that his company’s decision was unconnected to political consideration or Israel’s conflict with some of its neighbors.