US Jewish leaders fuming over comments by Hungarian minister

The AJC unequivocally expressed its support for Ambassador Power’s remarks and particularly her criticism of the Hungarian state honor awarded to Bayer. 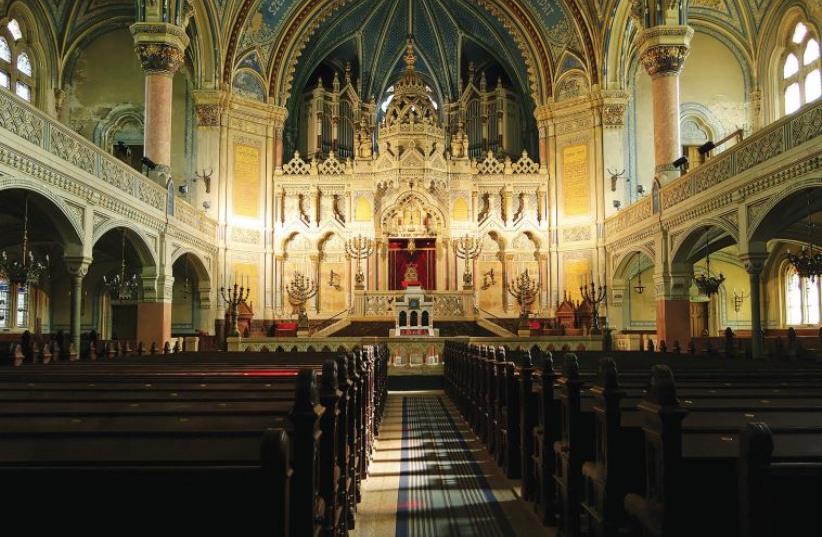 Szeged Synagogue, Hungary
(photo credit: EMMANUEL DAYAN/FLICKR)
Advertisement
US Jewish leaders are outraged that Hungarian Minister of State for Foreign Affairs Levente Magyar accused them of describing recent comments about antisemitism in Hungary as “exaggerated.” The remarks in question were actually made by US Ambassador to the UN Samantha Power, who in a speech about global antisemitism referred to recent developments related to the issue in Hungary.Power criticized a Hungarian state honor awarded to the journalist Zsolt Bayer, a notorious figure known for his antisemitic and anti-Roma rhetoric. She also referred to a proposal to erect a statue in honor of Balint Homan, an official who was a Nazi collaborator in Hungary.Magyar met last week in New York with a variety of Jewish leaders and representatives, after which he issued a press release, saying: “Every single one of his Jewish negotiating partners said they regarded as exaggerated the recent speech by UN Ambassador Samantha Power in which she voiced her opinion about alleged antisemitism in Hungary.“His negotiating partners were fully aware that such exaggerated assessments are the result of distorted information and statements that are translated badly, probably intentionally,” Magyar said.Jewish representatives Magyar met with included those from the Simon Wiesenthal Center, the World Jewish Congress, the American Jewish Committee and Chabad, as well as Satmar hassidim and the chief rabbi of Munkács.Several of those groups demanded a retraction, after which the Foreign Ministry changed the words “every single one” to “many.” Many of the groups publicly distanced themselves from Magyar’s remark.The American Jewish Committee released a statement, which said: “Nothing could be further from the truth. Ambassador Power correctly described the disturbing developments in Hungary, a country to which we have long attached importance. Antisemitism and xenophobia are serious concerns, as has been widely reported.”The AJC unequivocally expressed its support for Ambassador Power’s remarks and particularly her criticism of the Hungarian state honor awarded to Bayer, an issue the organization has raised with Hungarian Prime Minister Viktor Orban.Meanwhile, the Wiesenthal Center blasted the report as “a total fabrication.” Mark Weitzman, the director of government affairs at the Simon Wiesenthal Center, emphasized that “not only did we never even discuss Ambassador Power or her remarks at the meeting, but had we done so, I would have supported and praised them. She has earned the respect of the Simon Wiesenthal Center for consistently speaking out on antisemitism.”The World Jewish Congress said it “stands in strongest support of Ambassador Power and recognizes and holds in utmost esteem all her hard work to combat antisemitism in Hungary and Eastern Europe, and in so many countries around the world.”A spokesman for the Satmar community told The Jerusalem Post that the subject of Samantha Power’s speech was discussed by members of the community, but that “whatever was represented to the foreign minister was not by an official representative of Satmar.”Rabbi Boruch Oberlander, senior Chabad emissary in Hungary, told the Post that during the meeting between Magyar and the chairman of Chabad’s educational arm, Rabbi Yehuda Krinsky, the latter “was very appreciative of what the Hungarian government does for the Jewish community in Hungary, [such as] supporting Jewish religious life, and providing the Hungarian Jewish community a feeling of safety better than in many other countries in Europe.”Oberlander said that he did not know exactly what was said regarding Power’s speech, but that he personally does believe that talk of antisemitism in Hungary by foreign media is inflated.This issue emerged on the same weekend that the World Zionist Organization held a conference about antisemitism and BDS in Hungary. The conference was headed by WZO vice chairman Yaakov Hagoel and attended by 150 participants, including several Hungarian politicians and Jewish leaders from 16 different countries.Topics discussed at the threeday event included a recent survey commissioned by the Hungarian Action and Protection Foundation, which found that approximately one-third of Hungarians hold some degree of antisemitic beliefs.Hungary’s far-right Jobbik Party, which holds 20% of the seats in parliament and which Hagoel describes as “antisemitic by definition,” was also a subject of conversation. The conference was held one week after suspected neo-Nazis allegedly vandalized a memorial in Budapest dedicated to Hungarian Holocaust victims.