US man charged with threats to JCCs pleads guilty

No signs of remorse appeared on his face as he smirked throughout the hour-long proceeding. 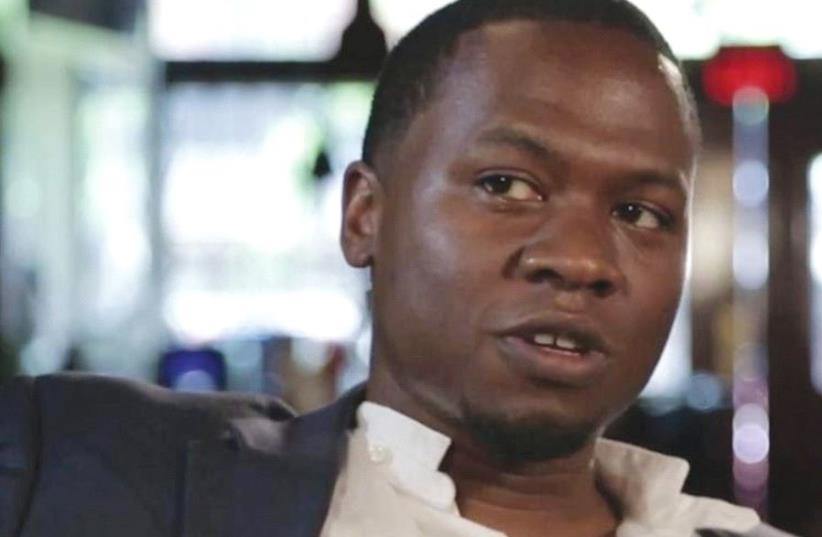 JUAN THOMPSON is believed to be behind at least eight of the hundreds of bomb threats that targeted JCCs in the US at the beginning of the year
(photo credit: YOUTUBE)
Advertisement
NEW YORK – Former American journalist Juan Thompson, charged with making threats against Jewish Community Centers earlier this year, pleaded guilty to the charges in a Manhattan courtroom on Tuesday after smirking and crossing his arms throughout the proceeding.Thompson, 32, has been held without bail since his arrest in March. Prosecutors and FBI investigators believe he is behind at least eight of the hundreds of bomb threats that targeted JCCs in the US at the beginning of the year.According to the investigation, Thompson did so as part of a “campaign of harassment” against his ex-girlfriend.Although he denied the charges and claimed he was being framed as a black man before his extradition to New York, on Tuesday, Thompson told the judge he has to “face the consequences of his actions.”Despite declaring that he was “slightly nervous” and “deeply” apologizing for his crimes, Thompson – dressed in a khaki prison uniform, his hair much longer than on the pictures seen of him in media reports – seemed completely nonchalant.No signs of remorse appeared on his face as he smirked throughout the hour-long proceeding.He admitted to having sent emails and faxes defaming his ex-girlfriend to her employer in 2016, as well as making the JCC threats in her name.As part of Thompson’s guilty plea, Judge Kevin Castel, who is presiding over the case, was presented with two sentencing recommendations: one for a prison term between 30 and 37 months, suggested by the defense, and one for a prison term of 37 to 46 months, suggested by the government.The plea bargain stipulates that Thompson is waiving his right of appeal to any sentence within these ranges or below them, which means that only if the judge decides to impose a sentence above 46 months, will he be able to appeal it.The Anti-Defamation League (ADL) welcomed the courtroom apology and guilty plea and praised the efforts of US Attorney Joon KIm and the Department of Justice. “Juan Thompson’s conduct was inexcusable and stoked fears of anti-Semitism at a time when such incidents were on the rise,” said Jonathan A. Greenblatt, ADL CEO. “His guilty plea and potential sentence sends a clear message that his actions were unacceptable. It is important that he is being brought to justice.”Sentencing for Thompson’s crimes is set to take place on September 15, after the judge receives a pre-sentencing report ordered on Tuesday.