The chart-topping recording artist also took umbrage with scientific claims concerning the spherical shape of the globe, posting dozens of claims that the earth was in fact flat. 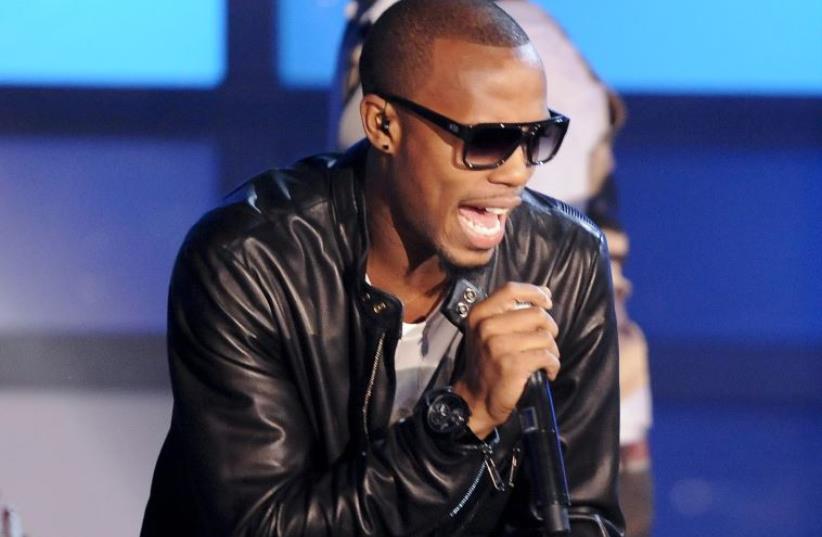 Rapper B.o.B.
(photo credit: REUTERS)
Advertisement
A US rapper on Monday attempted to downplay the Nazi genocide, implicate US President Barack Obama in a Jewish conspiracy and suggest his listeners research infamous Holocaust denier David Irving after posting a song to his website, British based Internet publication The Jewish Chronicle reported Tuesday. Bobby Ray Simmons Jr., better known as B.o.B., who has number one singles in both the US and UK, released his new song dubbed 'Flatlines,' in which he states: "Stalin was way worse than Hitler, that's why the POTUS (President of the United States) gotta wear a Kipper." B.o.B. goes on to rhyme: "They nervous, but before you try to curve it, do your research on David Irving."Irving is a notorious Holocaust denier and British historian who was was jailed in Austria in 2006. The chart-topping recording artist also took umbrage with scientific claims concerning the spherical shape of the globe, posting dozens tweets claiming that the earth was in fact flat, and suggested renown astrophysicist Dr. Neil Degrasse Tyson was being paid to maintain the lie crafted by the Department of Defense and NASA.

it doesn't change the physics of a sphere..however applying the model to our current plane(t) shows inconsistencies https://t.co/NOv5A6lRmE
— B.o.B (@bobatl) January 26, 2016


"Woo, use your, use your common sense, why is NASA part of the Department of Defense?" and "Neil Tyson need to loosen up his vest / They’ll probably write that man one hell of a check."For his part, Tyson tweeted back that the rapper's lyrics and postulations were “five centuries regressed” in its reasoning.

@bobatl Duude — to be clear: Being five centuries regressed in your reasoning doesn’t mean we all can’t still like your music
— Neil deGrasse Tyson (@neiltyson) January 25, 2016