What a little mensch! 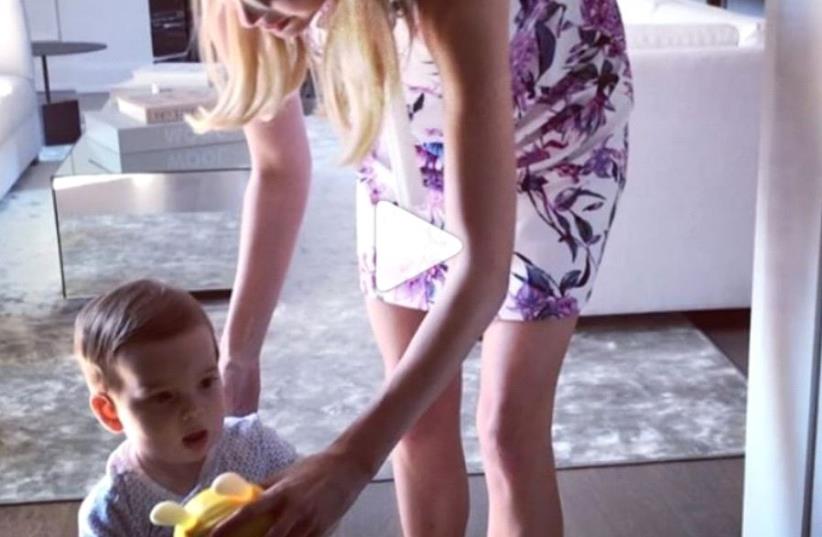 
Trump converted to Orthodox Judaism before marrying husband Jared Kushner in 2009. Ivanka and Jared even hosted a Shabbat meal for the president's cabinet in January in their home in the Kalorama neighborhood of Washington, DC. Her social media presence has brought a touch of family to the new administration's image.
Ivanka Trump Visiting Ohel Of Lubavitcher Rebbe
In March, she posted a photo of baking traditional Purim treats with her children, Arabella and Joseph.

After-school fun making hamentashen for Purim with Arabella and Joseph
A post shared by Ivanka Trump (@ivankatrump) on Mar 10, 2017 at 2:52pm PST


Ivanka and her husband also keep Shabbat, which has prompted them to twice receive a rabbinical permit to travel on the holy day, which traditionally forbids vehicular travel. The first permit was to ride in the motorcade for her father's inauguration, and the second comes as the couple boards Air Force One to join the president on his foreign tour, which will include a stop in Israel. Air Force One has reportedly stocked kosher food in deference for the couple.