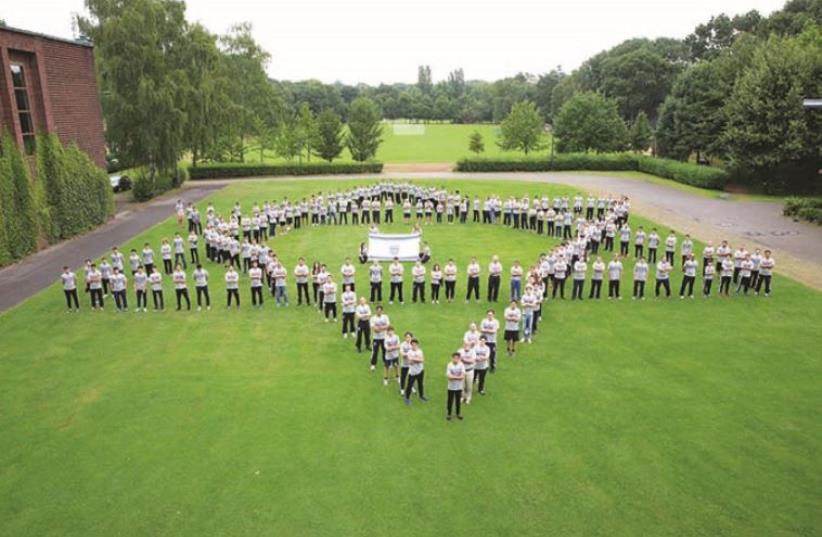 European Maccabi Games
(photo credit: RAFAEL HERLICH/COURTESY)
Advertisement
BERLIN – The Simon Wiesenthal Center called on German Justice Minister Heiko Maas on Monday to condemn outbreaks of anti-Semitism at the Maccabi Games.In a letter to the minister, Dr. Shimon Samuels, the center’s director for international relations, protested what he called “the Jew-baiting of Maccabi athletes at the Berlin Games.” He praised Maas for “welcoming the Maccabi Games to Berlin [and calling it] a gift that Germany, after the Holocaust, did not deserve.”Although German President Joachim Gauck has said that he is “very moved that the Maccabi Games had chosen Berlin,” Samuels wrote in the letter that “apparently, not everyone shared [the president’s] sentiments.”Samuels cited three examples of the “Jew baiting” the athletes had faced: “anti-Semitic taunting, reportedly by German Muslims of Maccabi athletes at the Hotel Estrel, which hosted several of the teams; neo-Nazi threats against them on the Internet; [and] a leftist journalist, Silke Burmester, deprecated the athletes.”Writing on Twitter, Burmester asked, “What are these Jewish sports festivals?” and added, “Have the Jews had their own Olympic games since ’36?” In a separate tweet, she wrote, “The Jewish sport has again arrived in Berlin. What should that be[,] swastika-throw?” Anti-Semitism expert Ben Cohen, who is a senior editor of The Israel Project’s magazine The Tower, told The Jerusalem Post on Monday that Burmester’s statements were “classic Soviet-style anti-Semitism.”In an email to the Post on Monday, Burmester wrote that she was “very sorry for the feelings I have hurt by posting these tweets. I do not criticize any Jewish sport activities or have any reservation towards the Jewish people. I am very sorry that many people got this impression because of my foolish tweets.”In his letter to Maas, Samuels said the games had not achieved their intended purpose.“Maccabi was born in 1929, holding its first games in Prague as a response to the exclusion of Jewish athletes from national teams, which reached an apogee of Nazi contempt in the 1936 Berlin Olympics.Maccabi’s return to Berlin, to the very stadium built for Adolf Hitler, was to have been a vindication of the united democratic Federal German Republic.Instead, the Jewish contestants had to be warned not to wear Stars of David or kippot for fear of violence,” he wrote.He urged the minister “to vigorously condemn this Jew-baiting and take all legal measures available to apprehend those who would return us to 1936.”Samuels added that “this anti-Semitism targets Jews directly on German soil. It cannot be argued away as ‘anti-Zionism’ or ‘anti-Israelism.’ The ironic context of Jewish sports reincarnated in Berlin that reawaken dormant phantoms is unacceptable for Jews as for Germans.”Nonetheless, David Beesemer, chairman of Maccabi Holland, told the Post on Monday that the 110-person Dutch delegation had a completely different feeling about the games than the Simon Wiesenthal Center, reporting a sense of safety in Berlin despite the “many secure measures taken in the hotel and competition areas.”“We felt perfectly safe and at home,” he said. “This already started when we were warmly welcomed by the Mayor of Neukölln at the opening evening.”