Wistrich went on the attack against what he saw as one of the most pernicious dogmas of Israel’s critics, firmly rejecting any comparisons between the Jewish state and European colonialists. 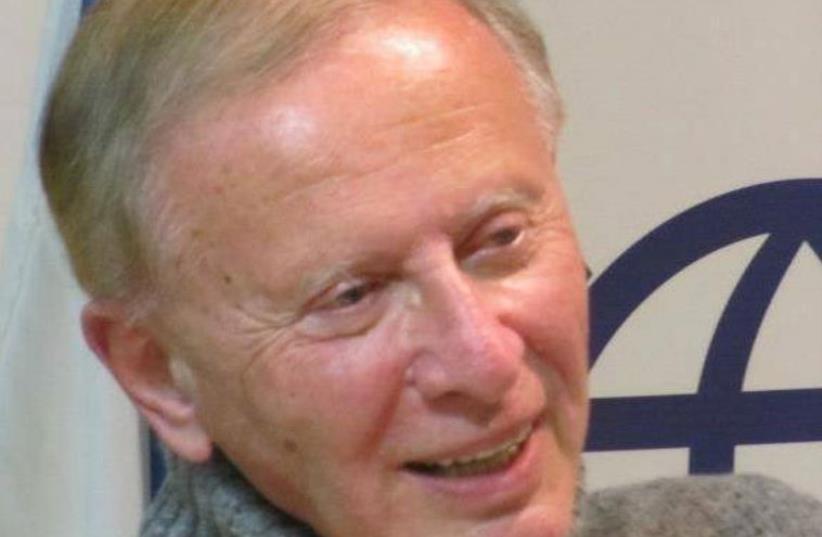 Professor Robert Wistrich,
(photo credit: Courtesy)
Advertisement
“Many misguided Western liberals” in the anti-Zionist camp have a “seriously distorted perception of Israel as the last Western colonialist project,” Prof. Robert Wistrich, the world’s foremost authority on anti-Semitism, claimed in a posthumous article published in the Israel Journal of Foreign Affairs.Wistrich, who was widely acknowledged as the doyen of anti-Semitism researchers, died in May after suffering a heart attack while waiting to address the Italian Senate on the issue to which he devoted his professional life.As head of the Vidal Sassoon International Center for the Study of Anti-Semitism at the Hebrew University in Jerusalem, he was a much sought after lecturer and the author of dozens of books and scholarly essays on anti-Semitism.In his final essay, Wistrich went on the attack against what he saw as one of the most pernicious dogmas of Israel’s critics, firmly rejecting any comparisons between the Jewish state and European colonialist regimes.“Jews who arrived in British Mandated Palestine manifestly did not come in order to destroy or displace the Palestinian Arab ‘nation’ – contrary to the myth propagated by the pro-Palestine radical Left, until today,” he wrote, asserting that economic modernization spurred by Jewish national revival turned Palestine into a land “attracting substantial Arab immigration.”According to Wistrich, there were around six hundred thousand Arabs in the entire British Mandated Territory in the early 1920s, rising to well over a million by 1940, “hardly an example of colonial dispossession of the ‘indigenous’ population.”Most Palestinian Arabs during the Mandatory period were “either immigrants from neighboring Arab lands or descendants of immigrants who had arrived since the late 19th century,” he added.“Not only were they not Palestinian ‘natives,’ but at the time of the Balfour Declaration there was no clear or distinct concept of a Palestinian Arab nation. The left-wing narrative, especially since 1967, has consistently sidelined such inconvenient realities, replacing them with ideological fictions,” he asserted.Wistrich wrote that he believed Israel’s victory in the Six-Day War to be a turning point for much of the liberal and democratic Left in their approach to Israel, with the state’s image turning into that of an occupier. This “began to erode an unwritten taboo against open anti-Semitism since the Shoah.”“A much harsher anti-Israel rhetoric” emerged both on the Right and the Left, including “an increasingly aggressive and vituperative anti-Zionism” on the part of radical “progressives.”At that point, Israel’s self-definition as a Jewish state came to be seen as “a priori racist,” with leftist anti-Zionists pointing to Israel’s “theocratic character” as a factor that “allegedly obstructed the integration of Israel into the Arab world.”Wistrich also took issue with those who labeled Jews as “European colonialist interlopers,” noting that “at least half of the Israeli population has its origins in the Middle East, and is historically more ‘indigenous’ to the Levant (including Palestine) and the Maghreb than the conquering Arabs, who only swept into the region from the Arabian peninsula in the seventh century CE.”In 1980, PLO chief Yasser Arafat famously stated that “peace for us means Israel’s destruction, and nothing else.” Such statements, Wistrich contended, “did not disturb the sleep of left-wing or Western ‘humanist’ intellectuals then, nor do they today.”“The anti-Zionist Left never had any problem with the demonization of Zionism, with the libeling of Israel as a state that engages in ethnic cleansing, or with the threats to wipe out the Jewish state leveled by the ayatollahs in Tehran or other Islamist radicals.Much the same can be said of the contemporary ‘liberal’ mainstream in the West, including many prominent intellectuals who ridicule any concern with anti-Semitism as mere ‘scaremongering’ or playing the so-called ‘Zionist card.’” According to Wistrich, part of the Left’s distorted perception lays in its “willful refusal to face the reality of the ‘ethnic cleansing’ of Jews from Arab lands in the Middle East after 1945,” just as many today remain “stunningly indifferent to the endemic intolerance of Sunni Muslim Arab majorities, not only to Jews but also toward Middle Eastern Christians, Shi’a Muslims, Kurds, Yazidis, Bahai’s and other minorities.“Despite the evidence, there are still many observers and critics who refuse to believe the reality of the anti-Semitic passion within the Left. In truth, it has existed ever since the birth of European socialism in the 1830s and ‘40s,” he contended. “But its revival has been accelerated by the centrifugal processes that followed the collapse of Soviet Communism after 1989. A revamped, if grossly distorted, ideology of human rights, transnational ‘progressivism,’ post-national cosmopolitanism, and identity politics stepped into the vacuum left by the ‘bankruptcy of Marxism.’” While anti-Zionism and hatred of Israel is “not, of course, confined to the Left,” the anti-racist “pretensions of the anti-Zionist Left... make their specific betrayal of socialist values particularly repugnant and shameful,” he concluded.Dr. Laurence Weinbaum said, “Robert was a scholar of truly breathtaking intellectual horizons and a courageous iconoclast. We are honored to publish his text, which is an eloquent, penetrating, deconstruction of the burgeoning hostility to Jews and the Jewish State in European leftist circles.“This is a phenomenon with deep roots, and Robert had a profound understanding of the milieu in which it emerged and continues to flourish,” said Weinbaum, chief editor of the Israel Journal of Foreign Affairs, a publication of the Israel Council of Foreign Relations operating under the auspices of the World Jewish Congress.