The ceremony at the McGillis School in Salt Lake City is not dissimilar from weekly Shabbat celebrations held in Jewish schools across America. 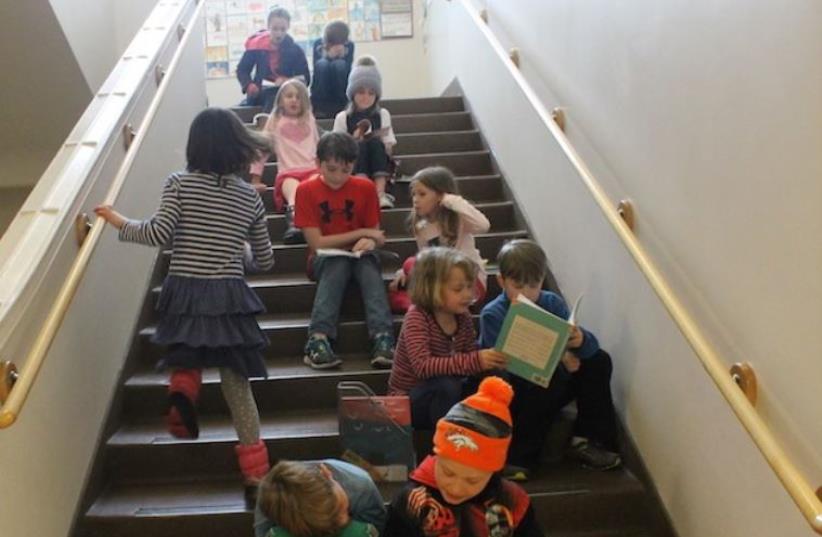