A new legislation attempt by the Polish government makes it almost impossible for Polish Jews to stake a claim to properties the state had seized from them after the Holocaust. 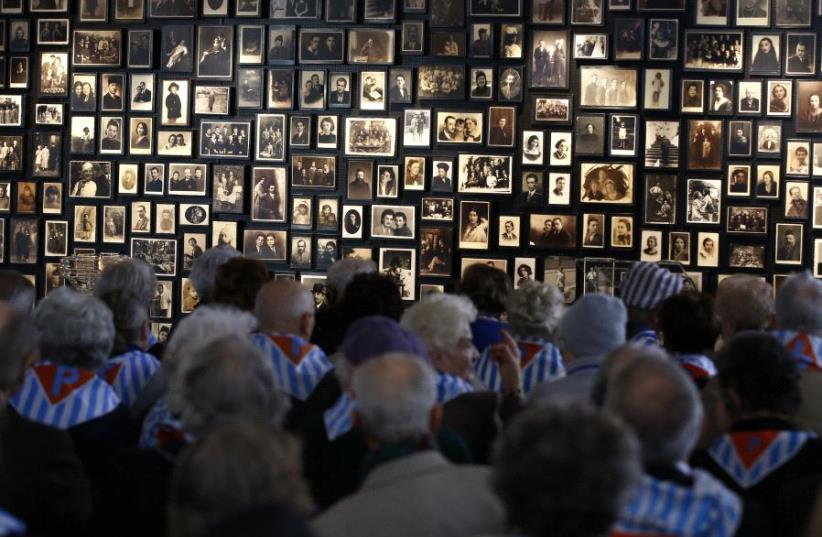 Survivors attend a ceremony in the former Nazi German concentration and extermination camp Auschwitz-Birkenau in Oswiecim, Poland January 27, 2016, to mark the 71st anniversary of the liberation of the camp by Soviet troops and to remember the victims of the Holocaust
(photo credit: REUTERS)
Advertisement
The Polish government, currently led by the right-wing Peace and Justice Party (PiS), published on Friday a proposed legislation that addresses the issue of private property that was confiscated in Poland after World War II. The government bill, if passed, would determine who should own properties that were nationalized by the People's Republic of Poland (PRL), which was established in the wake of the war. Such a bill is likely to have an immense impact on Jewish residents of Poland as well as on Jewish people who do not reside in the country but have inherited property or would like to stake a claim to government-owned properties. In its current form, the bill requires that claimants to property be citizens living at the moment in Poland. In addition, only first-line heirs can stake a claim to assets. This demand makes the claim to property much more difficult, if not impossible, for Jewish families, due to the fact that most Jewish people who survived the Holocaust left Poland and neither they nor their offspring currently reside in the country. Another problematic aspect is that multiple Jewish families were obliterated in the war by the Nazi regime, meaning that in various cases there are no living first-line heirs that could step forward and make a claim to properties that were once owned by their families before the war. Under the proposed law, Jewish survivors, even if they live in Poland today, would not be entitled to gain anything from the new legislation underway. The World Jewish Restitution Organization lamented this legislative effort, stating that the group is "profoundly disappointed that the Polish government’s proposal excludes the vast majority of Polish Holocaust survivors and their families.””Polish Holocaust survivors and their families were an integral part of Polish life for centuries. Their property is often their last tangible connection with the life they lived before the destruction of the Holocaust,” the WJRO added. “We strongly urge the Polish government to ensure that the legislation, when introduced to the Parliament, will have eligibility criteria and a claims process that are fair and just to those who suffered and lost so much.” The Polish state in the years following WWII was reeling from the death of millions of its citizens and the loss of what had been Polish lands to the East, which led it to seize assets that had once belonged to Polish citizens, among them Jewish people.In the Polish capital of Warsaw in particular, this move by the government was especially evident. Whereas before the Second World War, ninety percent of Warsaw's properties were privately-owned, the devastated, post-war capital was now taken up almost entirely by the state. War refugees who came to the devastated Warsaw after the war and helped rebuild it were offered cheap housing solutions to help them rebuild their lives as part of the overall Socialist approach taken by the government at the time. The apartments these people were offered had been given to them with no regards to who owned the properties or the land on which they were built before the war. However, after the Cold War ended the new Democratic Polish state began a process of re-privatization, and some previously state-held assets were returned to those to whom they belonged or sold off.But as the BBC reported, this development led to the emergence of "property cleansers," developers who acquire state lands and buildings on a massive scale for much less than they are worth. These 'cleansers' often remove tenants from buildings and also sue the Polish state for having allegedly used their assets illegally for the last few decades, thus gaining state compensation for retroactive usage while acquiring real-estate that is worth millions.  With all this in mind, the current government of Poland drafted the new bill. But even if the bill is passed, those who would be considered as eligible to claim properties will not be given their properties back entirely. Instead, a successful claim would result in them receiving 20% of the value of the property in cash or 25% in government bounds. Since the collapse of the People's Republic of Poland, Jewish community assets such as graveyards, synagogues and community- owned houses were returned to the new Jewish religious communities in Poland in cities such as Warsaw and Krakow – but the matter of private property had not been addressed. This has caused a lot of anguish for Jewish families both in Poland and outside of it, who all attempted to regain family homes and assets. It remains to be seen what effect the emerging law will have on those families.