"The state that even thinks about letting them go only advances terror," says nephew of murdered soldier; family of imprisoned murderer says “if there will be no peace, the situation will get worse.”

By ARIEL BEN SOLOMON
Demonstration against Palestinian prisoners release 370
(photo credit: Marc Israel Sellem/The Jerusalem Post)
Advertisement
Israeli-Arab cousins Kareem and Maher Younis murdered Israeli soldier Avraham Bromberg in 1981.He was hitchhiking home when Kareem and Maher kidnapped him and shot him in the head, leaving him on the side of the road to die near Pardess Hanna, a town south of Haifa.Kareem and Maher were caught a few years after the murder and confessed. In a unanimous decision by a panel of three judges, they were sentenced to death. The verdict was appealed and their sentence was commuted to a life sentence.A year after the soldier’s murder, his nephew was born and named after him, Avraham “Avi” Bromberg.In an interview with The Jerusalem Post, Bromberg told the story of how President Shimon Peres in 2012 commuted the murderers’ sentences from life imprisonment to 40 years in jail. The Brombergs were not informed by the government but by the media.Once more, with the passage of the prisoner release deal in the cabinet, Bromberg said that the government did not approach him to tell him what was planned.He vigorously objected to the release of his uncle’s murderers and said that his family was also united in opposition to the deal. He pointed out the results of a recent poll showing that 88 percent of Israeli Jews oppose the deal.“The Israeli state cannot free Arab Israelis that were traitors to the country and killed its soldiers,” he said. “The state that even thinks about letting them go only advances terror.”The state – which invests in finding and apprehending terrorists, risking the lives of its security personnel – in the end just allows terror to continue by freeing those terrorists, Bromberg said.He continued by saying that Prime Minister Binyamin Netanyahu is weak, and this decision weakens the state while it “gives into the demands of [US Secretary of State] John Kerry.”“There is no reason in the world to let these killers go,” said Bromberg.He explained that the prime minister can still change his mind.Bromberg said he would not mind if the prime minister wants to negotiate peace with the Palestinians, “but you cannot exchange the releasing of killers for the right to negotiate.”He protested on Sunday in front of the Prime Minister’s Office in Jerusalem alongside family members of other victims of terror attacks.“This is a black day for the families, a sad day for Israel and for the rule of law,” he said, adding that the decision hurts the country’s deterrence capability and strengthens terror. 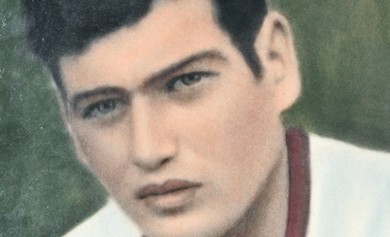 Avraham Bromberg.
The Post also spoke to the family of Kareem Younis, from the Israeli-Arab village of Ara, near the city of Umm el-Fahm, including his brother Nadeem Younis.He said that before the deal was passed, he had heard about the protesters outside the Prime Minister’s Office and was worried that the pressure would scuttle the deal.“It is not fair,” Younis said. “They have to respect the families; my brother has been in jail for 31 years.”Younis said that his family is allowed to visit his brother every two weeks for 40 minutes, and that his brother, 54, is fully aware of what is going on and is waiting for any news about his release.When asked about his brother’s crime, Younis did not show any remorse, saying, “Things have changed; now there is a peace process.”At that time, there was a war going on and anger, he continued. “Now the situation has changed.”However, Younis warned that “if there will be no peace, the situation will get worse.”For now, the family continues to wait and watch the news, he said.Younis also said that it is not fair that Arab prisoners from the West Bank are easily released, while the government finds it more difficult to release Israeli Arabs.After hearing that the deal passed, Younis’s wife told the Post that Kareem’s release was not guaranteed, as things still depend on a number of factors.When asked if he wanted to respond to Younis’s comments, Bromberg said, "I do not care what the murderers have to say."