Republican senator from Kentucky is quoted as saying that he is "very troubled" by AIPAC’s decision not to back his proposed legislation. 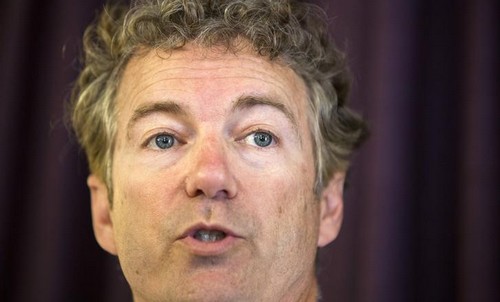 Senator Rand Paul (Rep. - Kentucky) is criticizing the powerful pro-Israel lobby AIPAC on Friday for declining to support a bill that would make aid to the Palestinian Authority contingent on its recognition of Israel as a Jewish state, according to the American news site Politico.Paul is quoted as saying that he is “very troubled” by AIPAC’s decision not to back his proposed legislation, which he drafted in response to the recent Fatah-Hamas rapprochement.The bill, which is known as the “Stand with Israel Act of 2014,” could not muster unanimous consent in the Senate on Thursday.In defeat, Paul conceded that he was “deeply disappointed and disturbed by the Senate’s inability to stand with me in defense of Israel today.”Paul told the conservative site Newsmax that he was “getting pushback from the establishment up here,” an apparent reference to AIPAC.“Ironically, the group AIPAC is pushing back this bill and this is to me very troubling,” Paul said.“I think the American people, if they knew that, would be very, very upset and think, you know what, those people are no longer lobbying in favor of America and Israel if they’re not willing to put restrictions on aid to Palestine,” Paul said.Like his father, former Texas congressman and avowed libertarian Ron Paul, Rand Paul has in the past advocated a slashing of American foreign aid. While his father was more outspoken in the past of cutting aid to all foreign nations, including Israel, Rand Paul has stated he favors cutting aid to nations and governments hostile to the United States.
Advertisement
Subscribe for our daily newsletter