“We work to integrate smart solutions and innovation into the daily lives of residents to save time and costs and be more efficient,” says Haim Bibas. 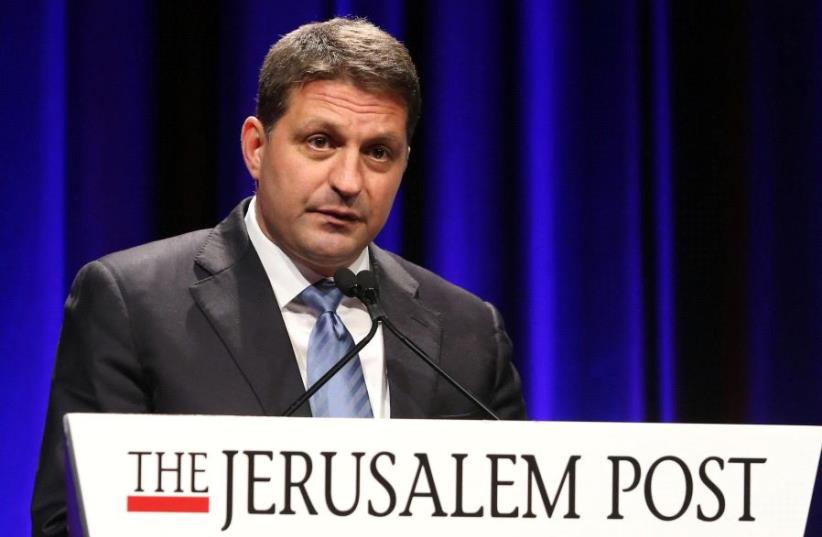 Haim Bibas at the 2017 JPost Annual Conference
(photo credit: SIVAN FARAG)
Advertisement
The use of technology by local governments in Israel can be a model for the world, Federation of Local Authorities in Israel chairman Haim Bibas said at The Jerusalem Post Conference in New York on Sunday.Bibas, who is also the mayor of Modi’in-Maccabim-Re’ut, said the FLA’s “objective for the future is to implement innovation in municipalities.”“We work to integrate smart solutions and innovation into the daily lives of residents to save time and costs and be more efficient,” he said.To meet that aim, the FLA recently held its first “Muni-Expo,” offering technological services to municipalities.Bibas said the event was such a success that he plans to hold another in February 2018 to offer innovation and start-ups that deal with municipal issues to companies from around the world.“We want Israel to be a model for emulation throughout the world” in technological advancements for municipalities, he said, adding that local government is the “real executive arm of the State of Israel.”“We mayors are the only politicians directly elected by the public,” Bibas said, since in other elections Israelis vote for a party, not a person. “It is we who need to answer their needs accordingly and strive to provide a greater quality of life.”Bibas described how the FLA represents all local governments throughout Israel, standing up for the needs of a diverse population: Jewish, Arab, Druse and Beduin.“We mayors really touch the lives of citizens in all fields – education, infrastructure, property, welfare and more,” he said.The FLA is planning to host a conference next year and will invite hundreds of mayors from around the world in honor of the organization’s 80th anniversary and Israel’s 70th birthday.“A few days ago, the State of Israel celebrated its 69th anniversary [of its establishment], and we have much to be thankful for as the miracle and achievements of Israel continue to make us proud,” Bibas said. “We will continue to lead Israel toward success through partnerships and development.”