Military Affairs: The man who prepared Haifa for war

By YAAKOV LAPPIN
Rescue workers in Haifa after rocket explosion 370
(photo credit: Petr Josek/Reuters)
Advertisement
It was Col. Eitan Yitzhak’s last day in the military after 28 years in service. He sat back in a chair at the Home Front Command’s headquarters in Ramle, thinking back over his long career.A man whose job it was to think about the worst eventualities, and who was charged with creating life-saving systems to respond to them, will surely find civilian life very different from the path he has taken this far.Asked what his future steps would be, Yitzhak said he was “more into observing [his future options] than deciding at this stage.” 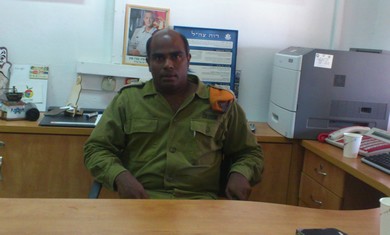