The Numbers Crunch: One year since Tahrir

By elana kirsh
JANUARY 21, 2012 21:22
Numbers Crunch 311
(photo credit: Mrkay Design)
Advertisement
Despite dominating US news coverage for over a month, the Pew Research Center found this week that the 2012 presidential race is boring most Americans. The PRC data showed that 55 percent of Americans described the campaign so far as dull, whereas only 36% found it interesting. The main complaints cited were that the race was not informative, and was too negative, too long and not important.The PRC also looked at the campaign on social media, and found that the number of statements about US presidential candidates on Twitter vastly outnumbered those on blog posts, “by a factor of more than 9 to 1.”Also on social media, Egyptians were gearing up to mark January 25, a year since the uprising began last year. This screenshot from Trendsmap shows #jan25 as the third most-used hashtag in the region, after #Egypt and #Tahrir, for the Cairo square which was the center of the unprecedented protests. 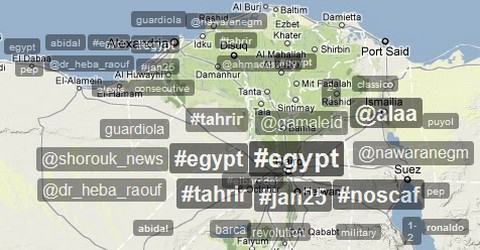 And following on from last week, when The Numbers Crunch tapped into an apparent Israeli obsession with the weather via Google search data, a look at the top search terms worldwide in the past week:1. Weather
2. News
3. BBC
4. Meteo
5. Sport
6. Tiempo
7. BBC News
8. CNN
9. Noticias
10. Programme TVSo, as much as we like to think of Israelis as unique, when it comes down to the World Wide Web, it looks like we’re really all pretty similar.From news sites to blogs, tweets to videos, The Numbers Crunch is a weekly column which zooms out and brings you the big picture online, from Israel, the Middle East and around the world, and poll results from JPost.com.The writer is the Internet desk manager at The Jerusalem Post.
Advertisement
Subscribe for our daily newsletter