By LAHAV HARKOV
weekly schmooze 311
(photo credit: Courtesy)
Advertisement
Summer is almost here, but Lonely Island – the 2/3 Jewish comedy band - has taken the mantra "spring break forever" to heart in its new video for the song "Spring Break Anthem." The clip combines an episode of Zach Galifinakis' online interview show "Between Two Ferns" featuring "Spring Breakers" star James Franco, and the song has a surprise second topic. Check out the video:Sarah Silverman and several other comedians started a new YouTube channel called "Jash," where they post funny clips. Last week, Silverman spoofed European art films in a black-and-white faux movie trailer called Féte des Pets, which means "Fart Party" in French. Dressed like Jean Seberg in Breathless for much of the clip, and hamming it up to melo-dramatic French voiceovers, Silverman is nothing short of hilarious.Rick Moranis is back! Yes, that's right, everyone's favorite Ghostbuster, kid-shrinker, kid-blow-upper, self-shrinker and Little Shop of Horrors denizen is releasing an album called "My Mother's Brisket and Other Love Songs." Check out his kippah on the album cover. Moranis released an album called "The Agoraphobic Cowboy," which was nominated for a Grammy eight years ago. You can pre-order the album on May 21, and maybe, just maybe, if it's popular enough, he can be convinced to start acting again after taking a break in 1997. 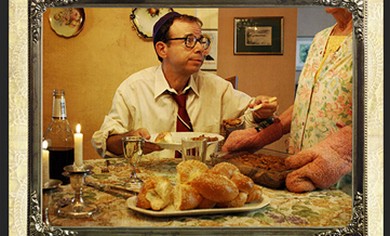 www.rickmoranis.comIsraeli paparazzi, prepare your long lenses: Ashton Kutcher and Mila Kunis are heading to Israel. The ”Two-and-a-Half Men" star and the Jewish sexiest woman alive (according to FHM last week) will be in the Holy Land next week. Kutcher is not Jews, but practices Kabballah, and visited Israel in the 2010 with then-wife Demi Moore. Kunis visited Israel in 2006 with her boyfriend at the time Macaulay Culkin, but their trip was interrupted by the Second Lebanon War. On the way out of the country, Kunis blamed Culkin for their departure, telling the press "he's a drama queen." 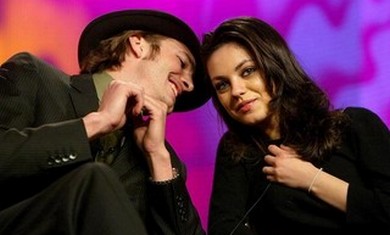 Ashton Kutcher and Mila Kunis.One of the biggest events of the fashion year, the Met Ball, took place on Monday night, and there were plenty of Jewish celebrities there. Sarah Jessica Parker took the punk theme very serious, with a Mohawk-like headdress designed by Phillip Treacy. 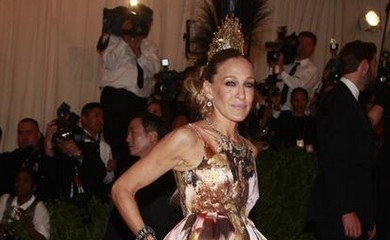 Sarah Jessica Parker at the Met Ball.Ivanka Trump's pregnancy with her second baby didn't show at all as she walked the red carpet with husband Jared Kushner, and paid homage to the punk theme with green streaks in her hair. 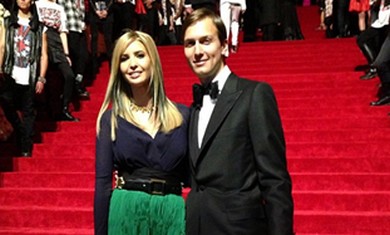 Ivanka Trump and husband Jared Kushner.Gwyneth Paltrow went for the Barbie look, pairing hot pink with love of sheer panels, which she seems to wear whenever she gets a chance. 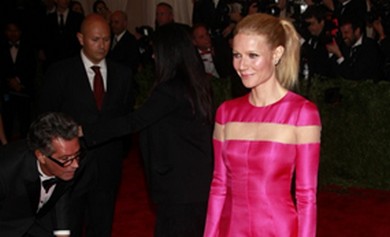 Gwyneth Paltrow.If you have any news to share with The Weekly Schmooze,write to: [email protected]