Jewish culture news worldwide: Schmidt chickens out, Babs is back, Will Bailey back in the White House?

By LAHAV HARKOV
weekly schmooze 311
(photo credit: Courtesy)
Advertisement
The Lonely Island is back! The comedy-band released the first single, "YOLO," off of its upcoming and still-unnamed album on last weekend's episode of Saturday Night Live. Andy Samberg, Akiva Schaffer and Jorma Taccone made fun of the annoying slang word, which stands for "you only live once," together with Maroon 5 frontman Adam Levine. Since you only live once, the song posits, you should be super-careful. You can never have too much Purell!Speaking of Saturday Night Live, New Girl star Max Greenfield often brings up his love of the sketch comedy show and his SNL-themed Bar-Mitzvah on talk shows. At the Emmy's recently, he saw legendary SNL Executive Producer Lorne Michaels, but chickened out when he had a chance to speak to him.Drew Barrymore told the hosts of The View last week that she and husband Will Kopelman are going to raise her daughter, Olive, "traditionally Jewish" – though she doesn't seem to know what that means. After explaining that Kopelman is a "nice Jewish man" from a "nice Jewish family," she admitted that she hadn't converted yet, which makes four-month-old Olive, well, not Jewish. Or at least not "traditionally Jewish." In any case, Barrymore went on to describe her "traditional wedding ceremony," in which she wore a yarmulke (not traditional for women). At least she has a positive attitude about Judaism, calling it "family oriented and beautiful…incredibly enlightening."Babs is back! Barbra Streisand will be singing at the Oscars next month for the first time since 1977, and the second time ever. The Academy didn't announce which song she'll be singing, but here's her 1977 Oscars performance of "Evergreen."US President Barack Obama's official liaison to the Jewish community, Jarrod Bernstein, left his position last week, and the White House is expected to start looking for a replacement soon. Tablet Magazine suggested a candidate: Josh Malina, or Will Bailey from The West Wing. Aside from knowing his way around a fictional White House, Malina is also an outspoken supporter of Israel, and he seemed to be tickled by Tablet's suggestion. 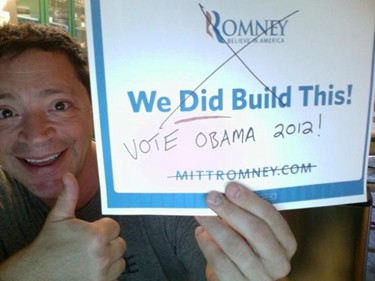 The Weekly Schmooze collects the hottest Jewish culture news from around the world. Ranging from celebrities to philanthropy to quirky communities, we're here to schmooze about Jews.If you have any news to share with The Weekly Schmooze, write to: [email protected]