By LAHAV HARKOV
Lena Dunham 370
(photo credit: REUTERS)
Advertisement
Will Lena Dunham grace the cover of Vogue? Gossip site Radar Online reports that legendary Vogue editor Anna Wintour hosted a top-secret dinner to woo the "Girls" writer, director and star in an attempt to bring a younger audience to the magazine. Dunham did wonders for the New Yorker, so maybe it'll work for Wintour.If you have an hour and 20 minutes of free time, check out Conan O'Brien interviewing Mel Brooks. And if you don't, then just watch a few minutes, because it's hilarious, of course. Brooks talks about growing up in Williamsburg, Brooklyn, which is so Jewish that "you take a wrong step and you step on a Jew," and about thinking that only Jews are good at comedy. What do you think of your local rabbi? Is he\she wise, learned, a good speaker? Well, Jewrotica.org judges its rabbis by a different standard: hotness. The website is accepting nominations for its first annual "Hottest Rabbis" list. (The list was previously titled "Sexiest Rabbis," but the site amended the name.) The criteria for making the list are "the smarts," "some action" meaning outreach and social action, and "badass factor," which seems to mean anything you want it to. Washington Redskins owner Dan Snyder recently courted controversy by insisting that his football teams' name is not racist. Even US President Barack Obama weighed in, saying he'd consider changing the name. The Onion responded with an article titled "Redskins' Kike Owner Refuses to Change Offensive Name," also referring to Snyder as "hook-nosed" and a "shifty-eyed hebe." Offensive or legitimate satire? It's your call. 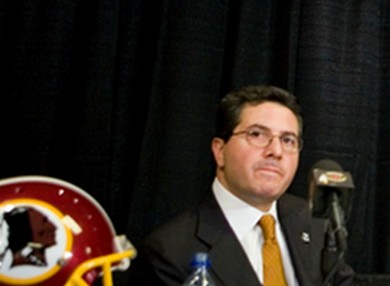 Try to come up with something more New York than this: Jerry Seinfeld was a guest on Alec Baldwin's WNYC radio show and talked about Anthony Weiner. Seinfeld said he really enjoyed what he called "the Anthony Weiner show." “I loved it, because to me it was the visible man. Let’s take off the face of the clock and watch the gears and that’s what that was. You know, we’re talking about people are in show business because they want to be. He wants to have power. He just wants it," Seinfeld said. The comedian also discussed his theories on Yom Kippur and repentance with Baldwin.

If you have any news to share with The Weekly Schmooze,write to: [email protected]