Tired of popping pills to alleviate those dreaded allergy symptoms? Find out what are the top 7 foods to fight seasonal allergies.

By KATHRYN RUBIN
Lilacs 311
(photo credit: Courtesy)
Advertisement
"Achoo, "Achoo!" While in January and February this may be the sound which signals that a dreaded cold is coming on, come May and June sneezing, water eyes and even a sore throat typically mean one thing – hay fever! Seasonal allergies, also known as Allergic Rhinitis, are short-term inflammatory conditions caused by the body’s abnormal reaction to environmental factors, such spores, ragweed and pollen. While these substances are generally safe and for most people the immune system will not consider them a threat, for some unfortunate few, their immune system perceives these allergens as harmful substances. As a result, the immune system launches a massive attack against these allergens, triggering mast cells and basophils to release a slew of histamine into the bloodstream. (Mast cells are found in the connective tissue of the lungs, inner eyelids, gut, ear, nose, throat and skin, while basophils are a type of white blood cell – both are loaded with histamine.) While histamine plays several important roles in the body, too much of it results in inflammation, which in turn leads to the dreaded and all too familiar allergy symptoms - sneezing, nasal congestion, watery eyes and rashes.RELATED:
Healthy Eating: “You’re Not Sick, You’re Thirsty”
Healthy Eating: Beauty Nutrients Although no diet can completely prevent allergies, certain foods can help reduce the production of histamine, thereby minimizing (and even alleviating) symptoms. So with allergy season only a few short weeks away, here are the top seven foods that help ward off those itchy eyes and that stuffy nose (and some that can make those symptoms even worse): 1. Red Wine 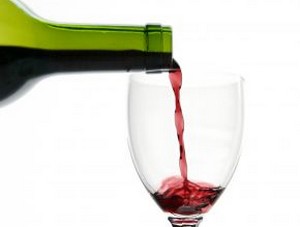 Red WineIt is well known that the anti-oxidants found in red wine are good for the heart, but what about seasonal allergies? Red wine, along with apples, berries and onions are rich in quercetin, a flavonoid that not only acts as a powerful anti-oxidant (to rid the body of damaging free radicals) but also exhibits anti-inflammatory and anti-allergy properties. Quercetin reduces the rate at which histamine is released by mast cells, thereby minimizing allergy symptoms. However, watch out as most alcoholic beverages, such as beer and champagne, actually trigger the release of histamine. 2.  Chia SeedsLoaded with fiber, protein, vitamins as well as minerals (phosphorus, manganese and calcium), the chia seed is truly a superfood. Moreover, chia seeds are also an incredible source of the heart and brain healthy fat, Omega -3 – an essential fatty acid that the body is unable to produce on its own, but requires to function properly. This “good” fat is needed by the brain, it lowers “bad” LDL cholesterol while raising “good” HDL cholesterol as well as is needed to maintain healthy skin and hair. On top of all this, a diet rich in this fatty acid also helps to alleviate allergies by reducing inflammatory chemicals in the body.While the chia packs more Omega-3 than any other food (by far), walnuts and flax seeds are also excellent sources as well as cold-water fish such as salmon. 3. Green TeaCelebrated for its many health benefits, increased consumption of green tea is linked with a reduction in cancer and heart disease. So what makes green tea so powerful? The answer: catechins. While catechins are known for their powerful anti-oxidant properties, that rid the body of damaging free radicals, they have also been shown to suppress the release of histamine. For maximum benefit, try and use loose tea leaves instead of tea bags as well as drink a glass every few hours when allergy symptoms are really inflamed. 4. Citrus Fruit 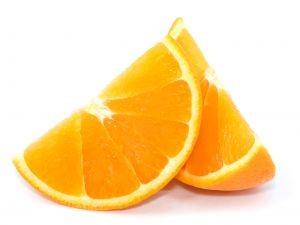 OrangesVitamin C is best known for its immune boosting, cold-fighting powers and anti-oxidant powers, and now anti-histamine properties. This vitamin has been shown to stabilize the cell membrane of mast cells, thereby decreasing the amount of histamine that is released into the body. While oranges, grapefruits, lemons and limes are notorious for their Vitamin C content, many vegetables such as broccoli and sweet potatoes are contain this vitamin. 5. GingerPraised for its many healing properties, ginger has been used for hundreds of years as an herbal remedy. Research has shown that ginger has numerous health benefits including antioxidant, anti-viral, anti-inflammation, and even anti-tumor properties. However, this spice not only helps digestion and improves blood flow, but it also acts as a natural decongestant. Ginger decreases inflammation, thereby thinning mucus and helping clear clogged nasal passageways of allergy sufferers.  6. Sunflower Seeds While most flowers produce the pollen that set off those dreaded allergy symptoms, one flower actually produces a seed that fights those allergies – the sunflower. Sunflower seeds can help to suppress allergic reactions thanks to their high levels of vitamin E, a fat-soluble vitamin praised for its anti-oxidant properties. However, Vitamin E is also a powerful anti-inflammatory and so reduces allergy symptoms. In addition, sunflower seeds are an excellent source of selenium, an essential trace mineral that is required in minuscule amounts. This trace mineral plays an important role in the production of antioxidant enzymes, which play a role in preventing cell damage as well as helps the body absorb the histamine fighting Vitamin C. 7. PineappleNot only are pineapples sweet and juicy (and an excellent snack as the weather begins to heat up), but they are also loaded with Vitamin C and bromelain – a substance that stimulates the production and release of anti-inflammatory prostaglandins, while reducing the production and release of pro-inflammatory prostaglandins. Bromelain also helps with the absorption of quercetin (see above), a powerful anti-oxidant that reduces the production of histamine. While the above mentioned foods help to reduce inflammation, decrease the production of histamine and ease irritating allergy symptoms, can some foods make seasonal allergies worse? Yes, certain foods can cause inflammation, which may aggravate existing allergy symptoms as well trigger the body to release histamine. So if your allergies are acting up, it’s best to probably avoid these pro-inflammatory foods: high fat processed meats, high-fat cheeses, any pickled vegetables as well as alcohol, candy and chocolate. While most fruits and vegetables fall into the anti-inflammatory category, some vegetables such as tomatoes, eggplants, peppers and potatoes (referred to as nightshade vegetables) may cause inflammation. So before your allergies go into full bloom, stock up your fridge and your body with these anti-inflammatory, anti-allergy foods.
Advertisement
Subscribe for our daily newsletter