“I undertake this responsibility with appreciation, awe for HMO’s pioneering contributions to Israel, its medical system,” says new director general. 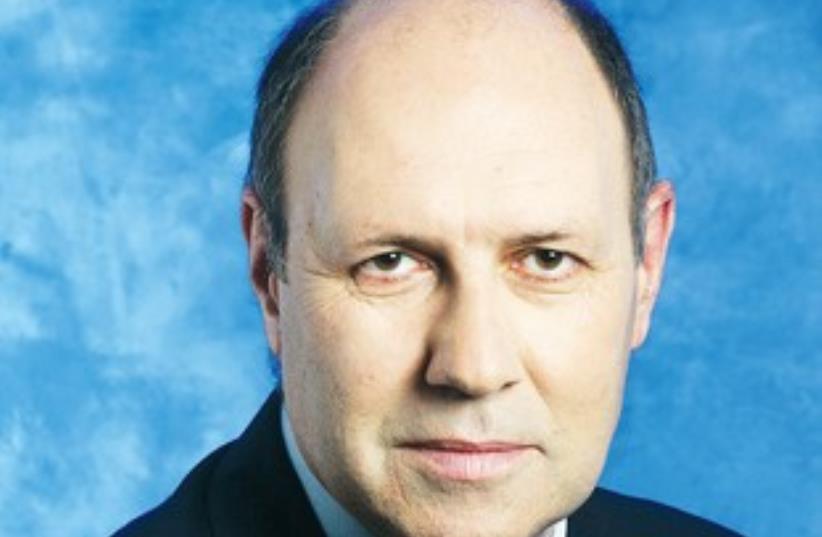 Prof. Ehud Kokia
(photo credit: Courtesy of Hadassah Medical Organization)
Advertisement
After 11 years as director-general of the Hadassah Medical Organization (HMO) in which he most recently presided over the construction of a new in-patient hospital in Jerusalem’s Ein Kerem, Prof. Shlomo Mor-Yosef hands over the reins on Monday to Prof. Ehud Kokia, until now director-general of Maccabi Health Services. Mor-Yosef, a highly respected medical administrator who is a trained gynecologist and spent most of his working life at Hadassah, has not yet announced what he will do after he leaves the medical campus when the new hospital opens in March.“I undertake this important responsibility with appreciation and awe for HMO’s pioneering contributions to Israel and its medical system,” Kokia said on Sunday.“I know that as they have for decades, HMO’s 6,000 employees will be at my side as we continue the path that was paved by my colleague and friend Prof. Shlomo Mor-Yosef.And I know they will be joined by the hundreds of thousands of members, friends and supporters of the Hadassah Women’s Zionist Organization of America to help us continue to provide superb patient care and produce ground-breaking research.”Kokia, 61, who like Mor-Yosef is a specialist in obstetrics and gynecology, added that he eagerly awaits the opening of the Sarah Wetsman Davidson Hospital Tower. A graduate of Tel Aviv University’s Sackler School of Medicine, he completed a research fellowship at the University of Maryland’s division of reproductive endocrinology and worked in obstetrics and gynecology at Sheba Medical Center. Although he subsequently moved to the managerial side of medicine, he has continued to teach young doctors and nurses in his field.

He was deputy chief medical officer in the Israel Defense Forces and completed a US Navy flight surgeon course at the Naval Aeromedical Institution in Pensacola, Florida. He then served as commander of the Israel Air Force Aeromedical Center.After receiving a master’s degree in health administration from Ben- Gurion University of the Negev, Kokia joined Maccabi, the country’s second-largest health fund, working as national coordinator of services in his medical specialty and as manager of the Women Health Center in the health fund’s central region. He was named to head Maccabi in 2007.A serious researcher, Kokia has published widely in leading medical journals on his specialties – endocrinology, fertility and health-care policy – and presented papers at important medical conferences throughout the world
Advertisement
Subscribe for our daily newsletter