The retrospective study shows that the technology is capable of predicting the severity of certain symptoms of schizophrenia. 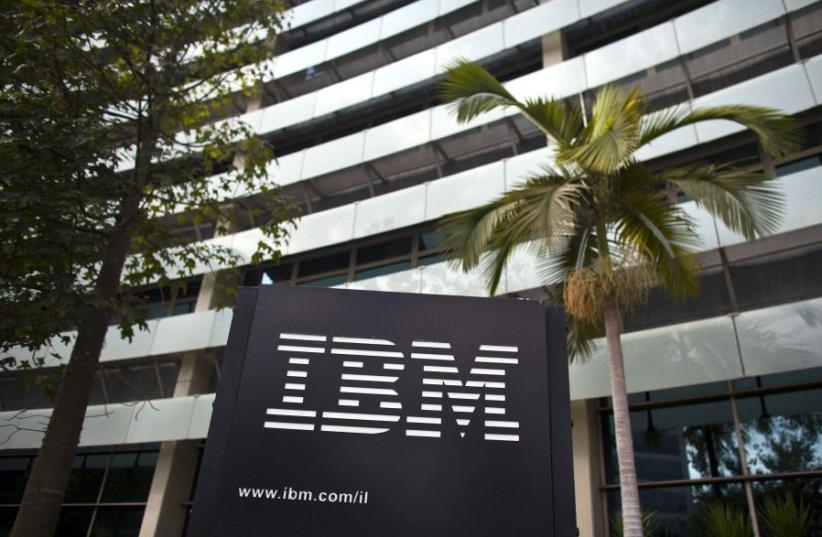 IBM's Israel office in Petah Tikva
(photo credit: NIR ELIAS / REUTERS)
Advertisement
Artificial intelligence and machine-learning algorithms are a useful predictor of schizophrenia with 74% accuracy, according to research at IBM and the University of Alberta in Edmonton, Canada.The retrospective study, which just appeared in Schizophrenia – published by the journal Nature – shows that the technology is capable of predicting the severity of certain symptoms in schizophrenia.The algorithm shows a significant correlation among activities observed in different areas of the brain.The pioneering study also helps identify objective biomarkers in which brain images can be used to predict the disease and its severity.The researchers analyzed images of schizophrenia patients – with characteristic disorders of the disease – and of a healthy control group, using functional magnetic resonance imaging. The fMRI test measures brain activity by analyzing changes in blood flow in certain areas of the brain.The researchers studied fMRI images of 95 participants in the study and applied machine-learning techniques to develop a model of schizophrenia that identifies the same brain connections most closely associated with the disease.The results of the study, headed by Dr. Mina Gheiratmand in Alberta, show that even when using medical imaging collected from different fMRI machines at different sites and in different population groups, the machine-learning algorithm can distinguish between schizophrenia patients and the control group with 74% accuracy.In addition, the study suggests that the structure of the brain network, as identified in the test, may also help determine the severity of certain symptoms presented by the patient, including attention and concentration disorders, bizarre behavior, thinking disorders and lack of motivation.Predicting symptom severity may lead to more accurate characterization of schizophrenia, the researchers said.They noted that a data-driven approach to analyzing disease severity may help clinicians define a patient-tailored treatment plan.“The use of artificial intelligence and machine-learning in the field of health is gaining momentum both in the world and in Israel,” said Dr.Michal Rosen-Zvi, director of medical information research at IBM’s research laboratories in Haifa. “The accuracy of machine-learning and the ability to cope with a vast mass of data is revolutionizing both health care and patient care.We hope that this study will contribute to the presentation of insights into ways in which artificial intelligence and machine-learning can be used to diagnose and analyze the condition of psychiatric patients and patients with neurological disorders, to assist psychiatrists in diagnosis and treatment.”She added, “The field of computational psychiatry becomes very significant and some Israeli medical schools have begun to include it in the curriculum.”Schizophrenia is a severe, chronic, neurological disease that affects seven to eight out of every 1,000 people. Patients experience hallucinations, delusions, cognitive disorders, such as inability to focus and poverty of speech (alogia), along with physical problems, such as movement disorders.The researchers discovered a number of abnormal brain connections that could be studied in the future. The models created by artificial intelligence tools bring researchers closer to finding objectively identifiable brain patterns in imaging images that will be a diagnostic or predictive sign of schizophrenia, Rosen-Zvi said.