“This is one of the most important modern Zionist projects in Israel and the most dramatic event in the Israeli health system in decades,” said Prof. Joshua Shemer, chairman of Assuta Medical Centers

Assuta Ashdod University Hospital
(photo credit: EYAL TOUEG)
Advertisement
On the Mediterranean coast of Israel, halfway between Tel Aviv and Gaza, Ashdod appears a tourist magnet with its sailboats and yellow sand dunes.Yet only a few years ago, during 2014’s Operation Protective Edge, Israel’s fifth largest city was the landing pad for 239 rockets launched from Gaza.In July 2014, a rocket hit a gas station in Ashdod, setting fire to an oil tank, and its explosion seriously wounded a man. One month later, a rocket exploded in the playground of a kindergarten. And there were countless other incidents.The city’s 250,000 residents (500,000 if you include those living in the surrounding area) – families of low socio-economic status but rich with diversity, as immigrants hail from 99 countries – suffered through the war with no hospital. Those injured by shrapnel, experiencing post-traumatic stress disorder, or simply delivering a baby or enduring cancer treatment, were forced to travel nearly an hour or more to the nearest hospital for treatment. Ashdod was the only one of Israel’s 10 largest cities without a hospital.Now that situation has radically changed for the better.A new public hospital has opened in Ashdod.Assuta, owned by Maccabi Healthcare Services, the second largest non-profit HMO in Israel, won the tender to build the university hospital -- the first public hospital to be built in Israel in 40 years.“This is one of the most important modern Zionist projects in Israel and the most dramatic event in the Israeli health system in decades,” said Prof. Joshua “Shuki” Shemer, chairman of Assuta Medical Centers, who was recently named among the top 100 most influential Israelis by the Hebrew-language daily business newspaper The Marker. “The hospital will set new standards for care in Ashdod and in all of Israel.”The new Assuta hospital created a unique, game changing model for population health management and integrated care: the deliberate organization of patient care activities between two or more providers – saving lives, improving patient outcome and increasing efficiency. 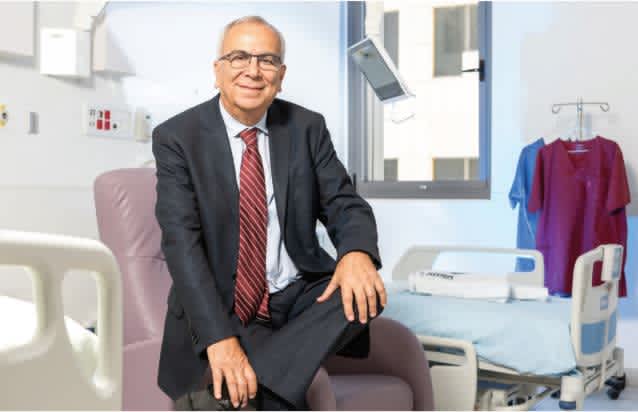