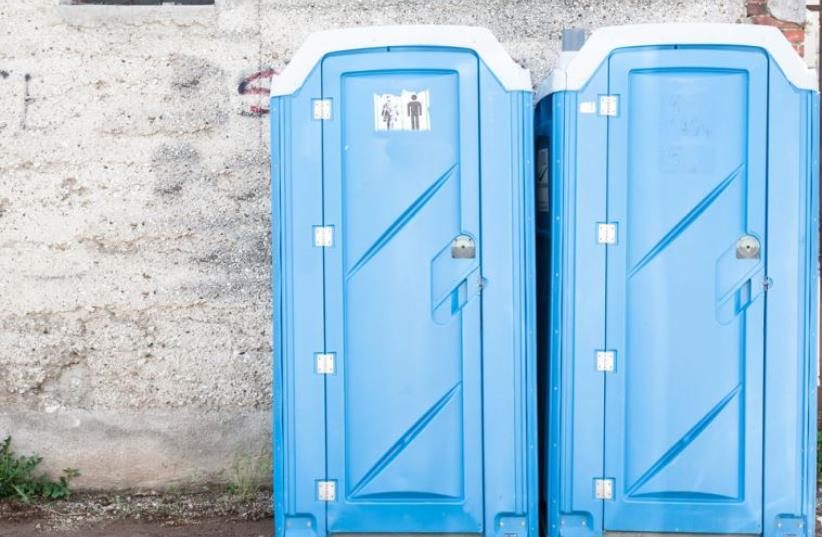 Public bathroom
(photo credit: ING IMAGE/ASAP)
Advertisement
Human excrement can be converted into safe fuel and nutrient-rich fertilizer, according to a groundbreaking pilot study published by Ben-Gurion University in time for World Toilet Day on November 19.Researchers at the Ben-Gurion University’s Zuckerberg Institute for Water Research used a “pressure cooker” to heat solid human waste, converting it into hydrochar, a solid combustible fuel, as well as a nutrient-rich liquid that can be used as fertilizer.The researchers said that the refining process sterilizes the waste to a safe biomass fuel with a similar appearance to charcoal. The “coal” can be safely used for home heating and cooking.The conversion process can help solve two major challenges in the developing world: lack of proper sanitation and rapidly growing energy needs.According to the World Health Organization, 2.3 billion people lack basic sanitation services and 892 million people defecate in the open.“Human excreta are considered hazardous due to their potential to transmit disease,” said Prof. Amit Gross, dean of the Zuckerberg Institute. Micro-pollutants from pharmaceutical medications are found in human waste, and if the waste is not properly treated or disposed of, it has a harmful effect on the environment.Lack of proper energy resources also lead to environmental woes. Two billion people worldwide use solid biomass, such as wood, for fuel. The wood is converted into charcoal and used for home cooking and heating, but ultimately causes a host of environmental issues, including soil erosion, air pollution and greenhouse gas emissions.