The study of menopause shows that it may be an evolutionary advantage. 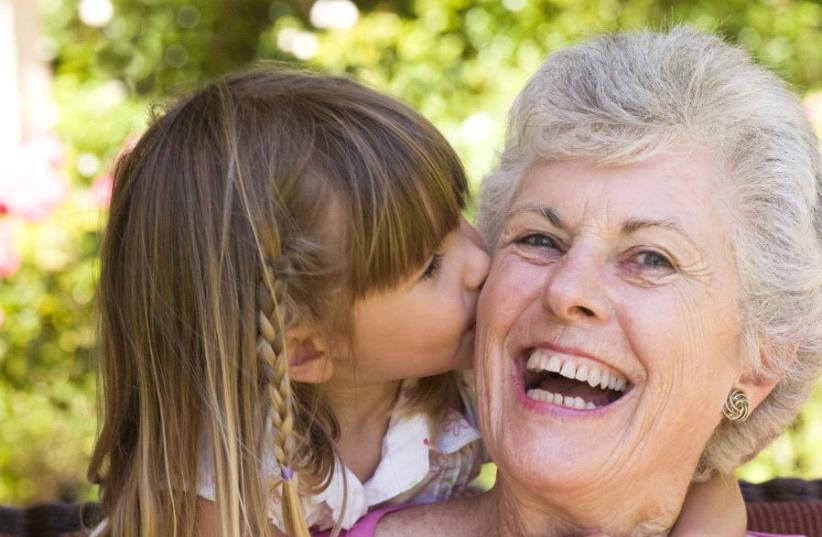 Grandmother (stock photo)
(photo credit: INGIMAGE)
Advertisement
As any working Israeli parent of young children knows during summer vacation, grandmothers are irreplaceable.  Menopause apparently evolved in women – who live many years after they are able to bear children – to use their cognitive abilities to care for their grandchildren, according to new research that has just appeared in PLOS Computational Biology.According to computer simulations performed at Institute of Evolutionary Sciences of Montpellier in France, directing resources to one’s adult children and their children  gives an evolutionary edge in computer simulations. Instead of having more children, a grandmother may pass on her genes more successfully by using her cognitive abilities to directly or indirectly aid the next two generations, said Carla Aimé and colleagues at the institute..Women lose their fertility long before the end of their expected lifespan. Researchers have long hypothesized that menopause and long post-reproductive lifespan provide an evolutionary advantage; that is, they increase the chances of a woman passing on her genes. However, the precise nature of this advantage has still been still up for debate.To investigate the evolutionary advantage of menopause, the team developed computer simulations of human populations using artificial neural networks. Then they tested which conditions were required for menopause to emerge in the simulated populations. Specifically, the research team used the simulations to model the emergence and evolution of resource allocation decision-making in the context of reproduction. Menopause can be considered a resource allocation strategy in which reproduction is halted so that resources can be reallocated elsewhere.The researchers found that emergence of menopause and long post-reproductive lifespan in the simulated populations required the existence of cognitive abilities in combination with caring for grandchildren. The importance of cognitive abilities rather than physical strength lends support to a previously proposed hypothesis for the evolution of menopause known as the Embodied Capital Model.“Cognitive abilities allow accumulation of skills and experience over the lifespan, thus providing an advantage for resource acquisition,” Aimé noted. “Stopping reproduction during aging allows allocating more of these surplus resources to assist offspring and grand-offspring, thus increasing children’s fertility and grandchildren’s survival.”