Linda Adams-Troy and Sylvan Adams, the daughter and son of 97-year-old Marcel Adams who founded of the fellowship program, will present the fellowships on behalf of their father. 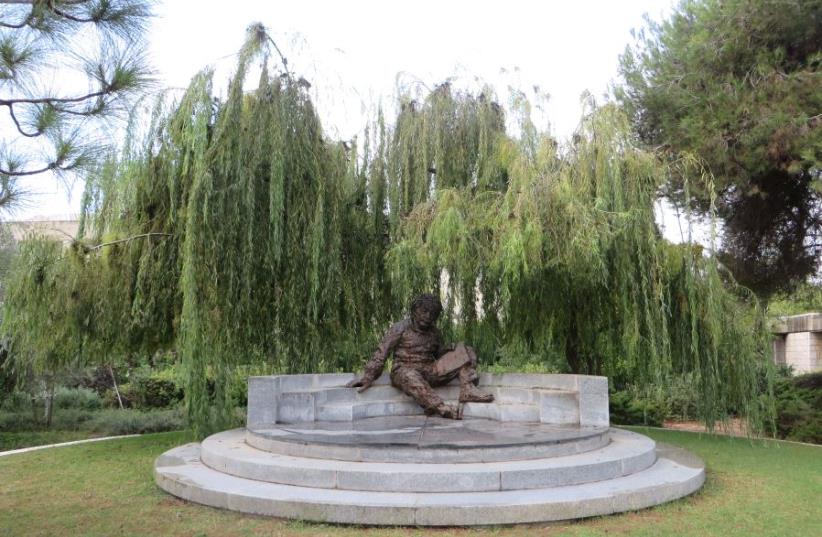 Albert Einstein sculpture, in the gardens of the Israel Academy of Sciences and Humanities, Jerusalem, Israel
(photo credit: JPBOWEN/ WIKIMEDIA)
Advertisement
Eight outstanding doctoral students will this week receive the prestigious Adams Fellowship for Doctoral Students of the Israel Academy of Sciences and Humanities. Each recipient will receive more than $100,000 for up to four years of their doctoral studies in addition to exemption from tuition The fellowships will be awarded at the academy in Jerusalem on Thursday.Economics Prof. Menahem Yaari, former president of the academy, will speak at the event. Linda Adams-Troy and Sylvan Adams, the daughter and son of 97-year-old Marcel Adams who founded of the fellowship program, will present the fellowships on behalf of their father. Current academy president Prof. Nili Cohen, immediate past president Prof. Ruth Arnon and Prof. Moti Segev, chairman of the Adams Fellowship Program, will deliver greetings.Prof. Nili Cohen, president of the Israel Academy of Sciences, said, “The meticulous screening process of the universities and the academy’s professional committee for the program ensure that the awardees, this 13th consecutive year, represent the pinnacle of the State of Israel’s future researchers in the fields of the sciences, mathematics, computer science, life sciences and engineering.”Alumni of the fellowship program go abroad for postdoctoral training in the world’s most esteemed universities.“We are proud of the fact that out of 92 graduates of the program, to date, 30 have been recruited to faculty positions in Israel’s universities,” Cohen said. “Two are conducting research at the Rabin Medical Center in Petah Tikva, 13 are in hi-tech or biotech companies, and four are in postdoctoral positions in Israel. The Adams family’s foundation’s investment in these young, talented scientists is bearing fruit and guarantees the future of science in Israel.”Adams, a Canadian billionaire, established the fellowship fund in his name at the academy in 2005.So far, 119 Israeli researchers have been granted the prestigious fellowships.Adams was born Marcel Abramovich in 1920 to a Jewish family in Romania. His father was a tanner.During World War II, Adams was forced to work in Nazi labor camps.He escaped and fled first to Turkey and then to Mandatory Palestine, where he fought in the 1948 War of Independence.In 1951, he immigrated to Canada, where he worked at a Quebec City tannery. But four years later, he began investing in real estate.Just three years later, Adams founded Iberville Developments, and in 1959, he opened his first shopping mall.The 13th group of Adams scholars are: Leon Anavy in computer science at the Technion-Israel Institute of Technology; Ivgeniy Boyko in mechanical engineering at the Technion; Shachar Carmeli in mathematics at the Weizmann Institute of Science, Rehovot; Tuvia Gefen in physics at the Hebrew University of Jerusalem; Bracha Laufer-Goldshtein in electrical engineering at Bar-Ilan University; Ofer Neufels in physics at the Technion; Inbal Oz in computational chemistry at Tel Aviv University; and Or Yair in electrical engineering at the Technion.In addition this year, for the second time, the Ruth Arnon Postdoctoral Fellowship will be presented.Arnon, a world-renowned Weizmann Institute scientist, will present the fellowship for 2017-18 to Dr. Sharon Fleischer, an Adams alumna who is working in molecular microbiology and biotechnology at TAU.