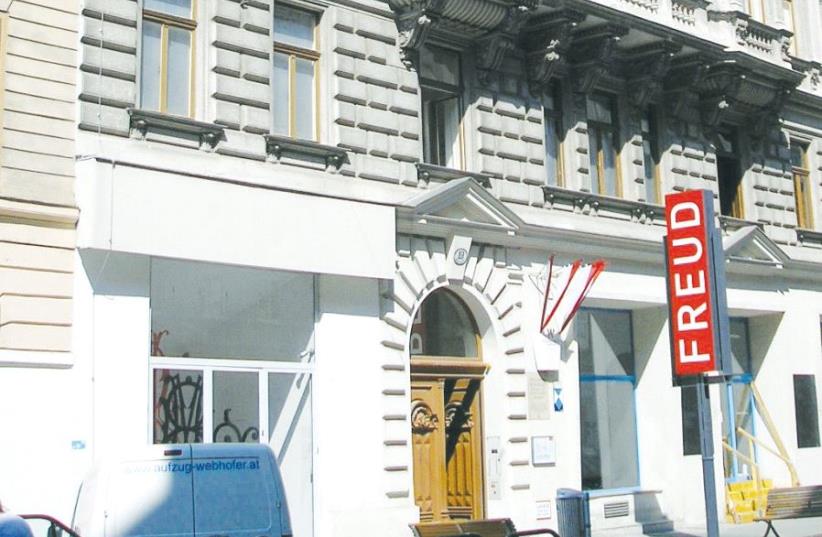 At Vienna's Sigmund Freud Museum
(photo credit: GRYFFINDOR CC BY-SA 3.0 VIA WIKIMEDIA)
Advertisement
Sigmund Freud, “the father of psychoanalysis,” popularized the idea that people suffering from obsessive-compulsive disorder have a higher-than-normal IQ. Now, more than a century later, researchers have debunked that idea as a myth.A study conducted at Ben-Gurion University of the Negev – with colleagues from the Ruppin Academic Center near Netanya, Texas State University and the University of North Carolina at Chapel Hill – is believed to be the first analysis of existing data on the link between intelligence quotient and OCD compared to the general population.The study, published in Neuropsychology Review, tracked the origins of the myth to the French philosopher, physician and psychologist Pierre Janet in 1903. But it was Freud who popularized the hypothesis in 1909.“Although this myth was never studied empirically until now, it is still a widely held belief among mental-health professionals, OCD sufferers and the general public,” said Dr. Gideon Anholt, a senior lecturer in BGU’s psychology department.The researchers conducted a meta-analysis of all the available literature – 98 studies – on IQ in OCD compared to non-psychiatric controls.They found that contrary to the prevailing myth, the disorder is not associated with superior intelligence, but with normative IQ that is slightly lower in comparison to control samples. The authors suggested that the small reduction in IQ scores in OCD sufferers may be largely attributed to OCD-related slowness and not to intellectual ability.The popular misconception about OCD has been further promoted by American TV programs. In Monk, for example, the eponymous character Adrian Monk suffers from OCD. Script writers gave him 312 different phobias, including milk, ladybugs, harmonicas, heights, enclosed places and people touching his food.They also gave Monk “superior intelligence” to solve challenging mysteries.Such beliefs about OCD have promoted the misconception that there are advantages associated with the disorder, potentially reducing one’s motivation to seek professional help.The researchers suggested that future assessments of IQ in people with OCD should focus on verbal and not performance IQ – a score heavily influenced by slowness.
Sign up for the Health & Wellness newsletter >>