Since 2002, Maccabi has succeeded the most to attract and keep members, while Leumit – the most debt-ridden fund – has been the least successful. 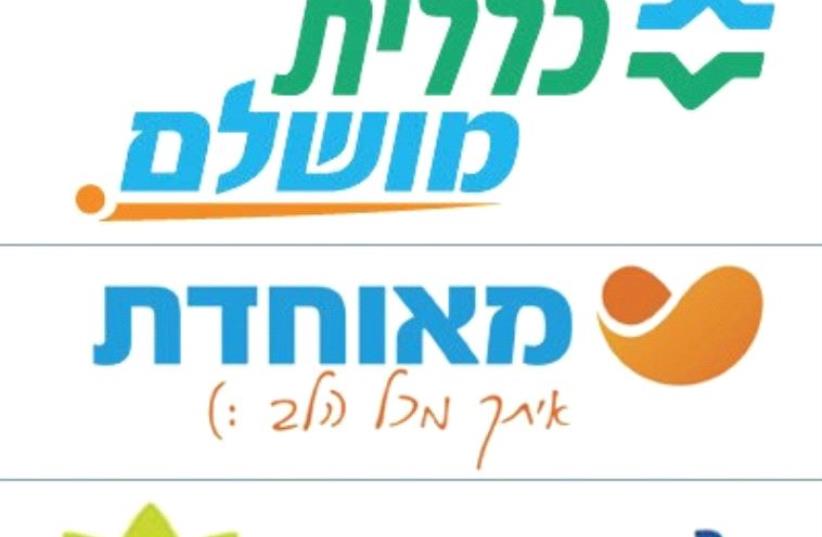 Israeli health funds logo
(photo credit: Courtesy)
Advertisement
A total of 190,000 Israelis – 2.2% of the population – have switched health funds so far this year, a 15% increase over last year’s figure, the Health Ministry reported on Tuesday in its annual report.
Among the four funds, Clalit Health Service had the highest number of people joining. But since many members also left it, Maccabi Health Service, the second-largest after Clalit, had the largest net gain. Meuhedet Health Services, the third-largest fund – which has many ultra-Orthodox (haredi) Jewish and Arab members – had a net loss of membership, as did the smallest fund, Leumit Health Services, which is stronger in Jewish populations in the periphery and among the haredi sector.
Registering by Internet is free – and more people are registering there – but about 60% of people who want to change insurers still do so at the post office, which charges a small fee of NIS 17 to process the change. The more socioeconomically disadvantaged applicants in the periphery have a more difficult time paying the fee, reaching a post office or scheduling a visit there, so more of them are also doing it via the Internet.
Even if people are dissatisfied with their health fund, many – especially the middle aged and elderly – do not switch to another insurer because they would lose their optional geriatric nursing benefits.
About 64,000 people joined and 67,000 left Clalit last year, 51,000 joined while 30,000 left Maccabi, 42,000 joined Meuhedet and 47,000 left, and Leumit gained 32,000 new members while losing 45,000.
Since 2002, Maccabi has succeeded the most to attract and keep members, while Leumit – the most debt ridden fund – has been the least successful, according to the report.