Social distancing in animals sheds light on its true efficiency

Animals deploy various cues to indicate the need for social distancing after identifying sick individuals, some rather complex. 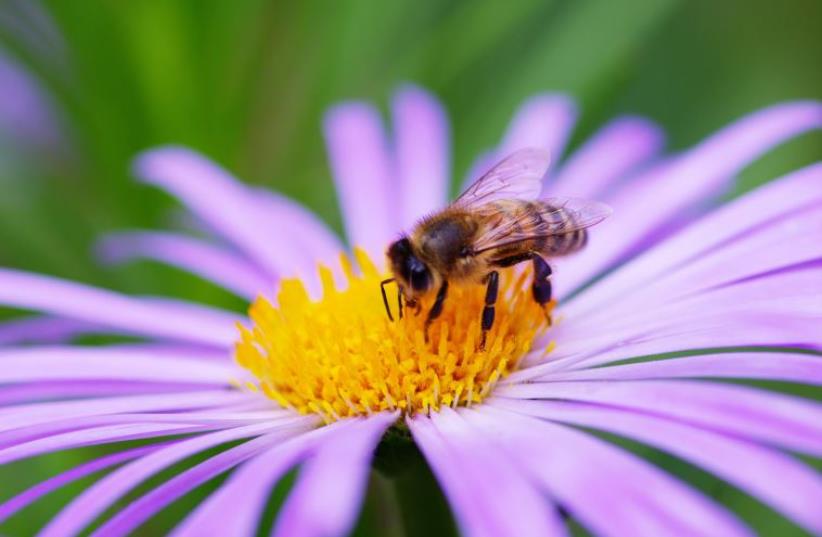 Bee [Illustrative]
(photo credit: INGIMAGE)
Advertisement
The coronavirus pandemic has affected everyone, with social distancing becoming the immediate response for containing the spread of the virus. Animals, it turns out, have similar distancing behavioral responses when faced with threats, such as contagious diseases, according to a study published on Wednesday in the Proceedings of the Royal Society B.Humans are vulnerable to contagious diseases "because the reproductive rate of directly transmitted pathogens increases with the availability of hosts and their rate of contact," the study notes, and points to a common trait of humans and many animals alike - sociability. As beneficial as it may be from an evolutionary perspective, high density interactions makes all social animals particularly vulnerable to the threats posed by emerging infectious diseases. Animals deploy various cues to indicate the need for social distancing after identifying sick individuals, some rather complex. The Caribbean spiny lobster for example has evolved to detect a chemical cue in the urine of infected lobsters that lets them avoid areas occupied by sick lobsters. And while humans mostly rely on self-quarantine in order to keep a safe distance, other animals go to greater lengths."For the spiny lobsters, their social behavior is being packed together in dens, which provide them with a lot of protection. For them, social distancing means abandoning that den, which is quite a dangerous prospect for them," Dana Hawley, one of the study's authors, told Science Magazine.

Other animals, mostly social insects like ants and bees, do actually deploy a form of self-quarantining, with infected individuals voluntarily choosing to leave the colony and die elsewhere. "In these types of insect colonies, individuals are highly related to one another—more so than in human family groups. So, it can be to the benefit of an individual to sacrifice itself to protect its larger family," Hawley told Science Magazine.Social distancing manifested itself in different organisms long before the coronavirus pandemic or older outbreaks like the Ebola and H1N1 became a growing concern. This fact may point at the efficiency and importance of social distancing in protecting social animals when facing disease.