Shocking News About Children in Israel 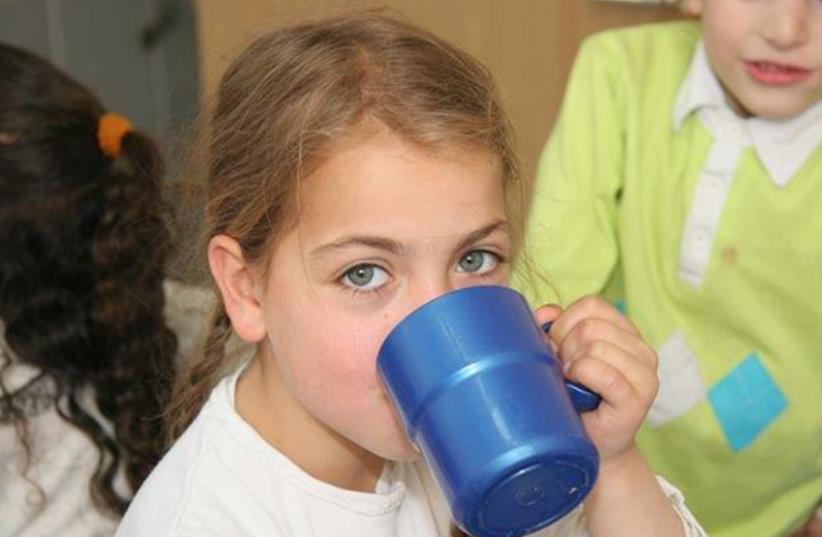 Yad Ezra
(photo credit: YAD EZRA VESHULAMIT)
Advertisement
The start- up nation. Glistening, bustling, cultural epicenter of the Middle East.
Yad Ezra
Yet 28% of Israeli children live below the poverty line - on par with countries like Turkey and Mexico.  One third of the population is poor and many are hungry.  What is going on?
Poverty doesn't fit the image of Israel.  Vibrant, hip, well off, and sophisticated just doesn't mesh with the reality of hungry children.
Here what Prime Minister Netanyhu says about poverty and Yad Ezra V’Shulamit in Israel
Poverty is not glamorous.  Poverty is not a buzz word or a media friendly term in modern day Israel….but it is real and it’s not going away.
So what can we do about it?
Yad Ezra V’Shulamit has found a solution.  Feed Israel’s hungry children, help them advance scholastically and break the cycle of poverty.  Yad Ezra V’Shulamit feeds over 500 children daily a hot meal daily, helps them with their homework and prepares them for a better future.  If we can reach the children below the poverty line and change their reality now, it will give them a chance for a normal future.
Many people believe the Israeli start -ups, technological entrepreneurs, and venture capital investments will ‘trickle down’ to the poor and provide relief.
That has not yet happened. The money produced at the upper echelons of society has not filtered down to those who need it most.
Even programs that train and retrain people to receive better jobs doesn’t alleviate the hunger problem that exists and has to be addressed immediately.
“Tell a hungry child that you support a vocational training program for his father to earn more money.  Doesn’t help him.  With all due respect, programs that will ease poverty at a future date, ignore the pain and hunger felt by young children today”, said Tefilla Buxbaum of Yad Ezra V’Shulamit.
She met with the heads of the Jewish Agency and several Jewish Federations with the hope of receiving support for the Yad Ezra V’Shulamit Children Centers.  (No names will be mentioned, to protect the guilty)
These are the responses that she heard:
"There is no shortage of food in Israel.  It just isn't being distributed evenly."
"We don't like to give to food because it is gone right away.  A computer for every child we would be interested in giving"
"The government should take care of the poverty problem, not Jewish communities abroad.  Federation money shouldn’t be used for food".
It seems as if everyone is passing the buck.  Besides a few sensitive Federations in the states and abroad, there is a lack of understanding of what a child feels like when he is hungry.  AND a lack of compassion.  If a hungry child asked you for food, no one would say no.   There is a lot of talk….but no action is taken.
So what can be done?
This is where you come in. We can no longer afford to ignore this pervasive, ongoing struggle with poverty.
While different groups argue whose responsibility it is to feed our children…..you can break the cycle of poverty by feeding one child TODAY.    The children need you to care – to understand what if feels like to be hungry.
Yad Ezra V’Shulamit is on the frontlines in the war against poverty.   Join our team and Prime Minister Netanyahu, and help make sure there are no hungry Jewish children in Israel.  For more information, go to www.yadezra.net or write [email protected]
Modern day Israel. The start- up nation. Glistening, bustling, cultural epicenter of the Middle East.