A visit to an Israeli-run agricultural project illustrates how Israel is making inroads into Africa. 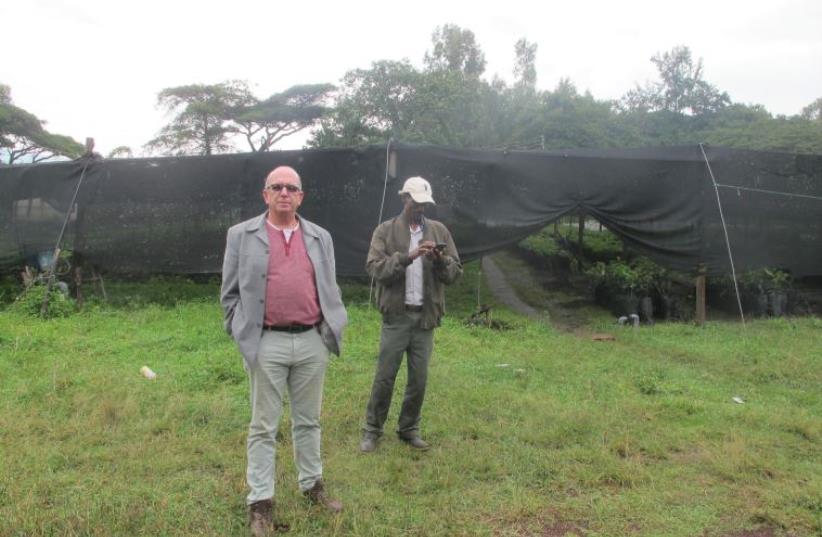 Ofer Kahani (left) and MASHAV project promotor Shigute Balcha (right) at MASHAV’s avocado nursery and training center in Butajira
(photo credit: HUNTER STUART)
Advertisement
IN 1960, prime minister David Ben-Gurion said Israel’s aid to newly independent countries in Africa was “not a matter of philanthropy.” Israel, he said, was “no less in need of the fraternity of friendship of the new nations” than they were of Israel’s assistance.Though it’s been 66 years since his remarks, Ben-Gurion’s sentiment is no less true today, and Israel’s efforts to hammer out a mutually beneficial relationship with Africa can be seen on a small farm in rural Ethiopia on a recent July morning, where a 59-year-old Israeli agronomist plods through the mud with a crowd of curious, giggling children trailing behind him.