Taking the matrimonial bull by the horns for Jewish divorcees

Laws that already exist can also be utilized to prevent agunot, women chained to their marraiges. 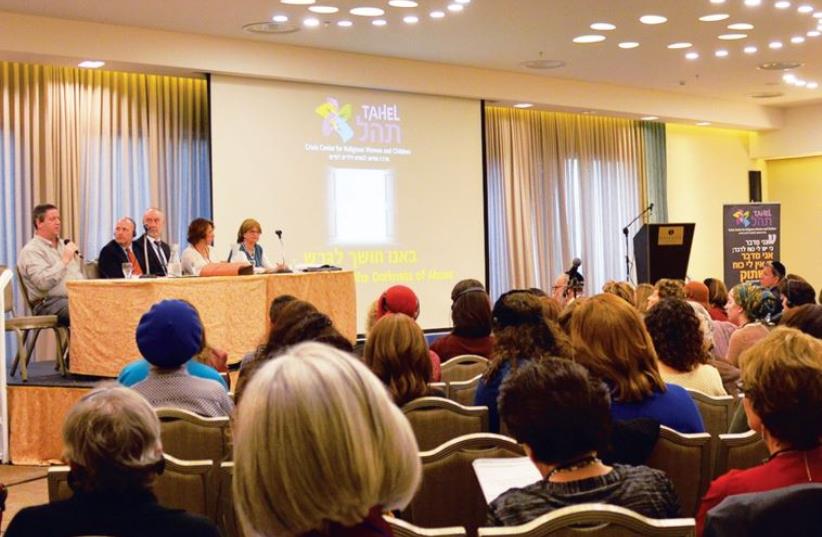 At the Tahel – Crisis Center for Religious Women and Children conference in Jerusalem
(photo credit: SHARON ALTSHUL)
Advertisement
It seems that most of what we hear today regarding agunot is what cannot be done. From heads of yeshivot to the regular person on the Internet, organizational announcements, blog posts and Facebook statuses are filled with what is wrong, unacceptable and dangerous about freeing Jewish women chained to their marriages.Doors are closed before they can even be knocked on, and many women have nowhere to turn.