In the past year, Eisenkot has faced much criticism from the public, especially surrounding the controversial case of former IDF soldier Elor Azaria, who was convicted of manslaughter. 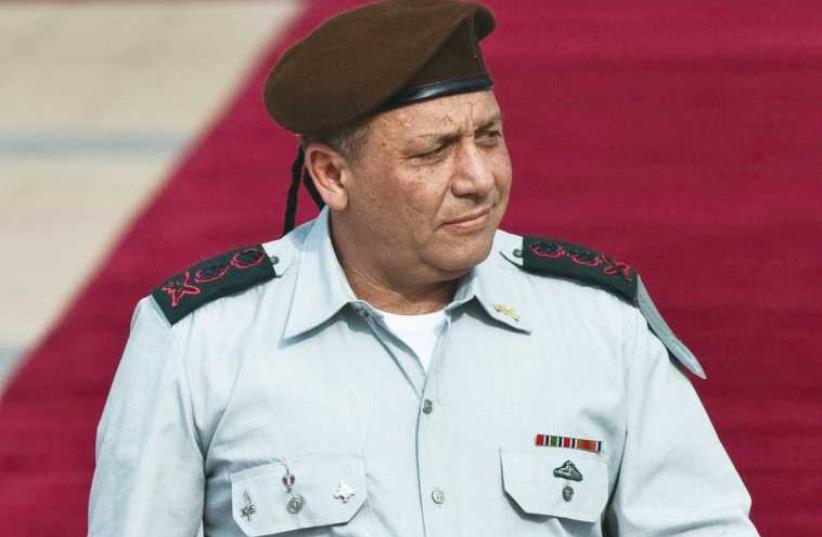 Gadi Eizenkot
(photo credit: REUTERS)
Advertisement
Securing Israel from a sudden outbreak of war and bridging the gaps between the army and the people are top priorities for IDF Chief of Staff Gadi Eisenkot.In February, Defense Minister Avigdor Liberman extended Eisenkot’s term as the head of Israel’s army and it is expected that his next two years will be characterized by more turmoil and uncertainty.In the past year, Eisenkot has faced much criticism from the public, especially surrounding the controversial case of former IDF soldier Elor Azaria, who was convicted of manslaughter and sentenced to 18 months in prison.A day before the sentencing, Eisenkot said that Azaria “is not everyone’s son” whom the nation should protect, but “a fighter, a soldier, and he must give his life to protect us.” According to several polls, there was widespread public support for Azaria, indicating a significant gap between the views of chief of staff, top IDF brass, and the Israeli public. Eisenkot has surrounded himself with men he trusts in order to focus on his priority of increasing the IDF’s readiness for a sudden outbreak of war in a region plagued by conflict.He has made key appointments to the General Staff, including Maj.-Gen. Aviv Kochavi, who now serves as his deputy, and Maj.-Gen. Amikam Norkin as commander of the Air Force. All of the people appointed by Eisenkot have worked many years with him and developed a strong relationship of trust with him.The increasingly dire humanitarian situation in Gaza following the election of Hamas strongman Yahya Sinwar and the ongoing wave of violence in the West Bank have kept the IDF on high alert along its borders.The war in Syria on Israel’s northern border and Iran’s growing presence in the region with help from the Russians has also been a focus of Eisenkot’s, especially in terms of keeping advanced Iranian weapons from the hands of Hezbollah. During his first two years, Eisenkot focused on preparing Israel and its army for a sudden outbreak of conflict by fortifying the IDF’s arsenal and increasing the amount of training for troops. As part of the five-year Gideon Plan, the IDF has invested millions of shekels in increasing supplies for combat operations, including ammunition, fuel, food, replacement parts and training schools. Eisenkot has also focused on changing the face of the IDF by shortening the time of service and reducing the number of career soldiers in the army to 40,000 by firing some 2,500 career soldiers, including 120 officers with ranks of lieutenant-colonel to brigadier-genera.