Times kept kidnappings quiet out of concern for men's safety, and other media outlets did not report abductions following request from Times. 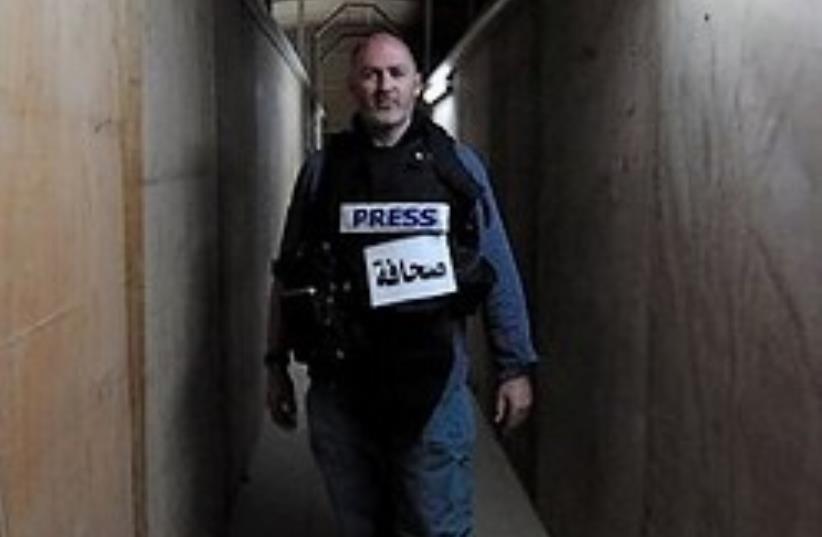 British commandos freed a New York Times reporter early Wednesday from Taliban captives who kidnapped him over the weekend in northern Afghanistan, but one of the commandos and a Times translator were killed in the rescue, officials said.

Stephen Farrell, a reporter for The New York Times.is shown in Iraq on July 16, 2007.Photo: AP

Reporter Stephen Farrell was taken hostage along with his translator in the northern province of Kunduz on Saturday. German commanders had ordered US jets to drop bombs on two hijacked fuel tankers, causing a number of civilian casualties, and reporters traveled to the area to cover the story.

Two military officials told The Associated Press that one British commando died during the early morning raid. They spoke on condition of anonymity because the death had not been officially announced.

Afghan officials over the weekend said about 70 people died when US jets dropped two bombs on the tankers, igniting them in a massive explosion. There were reports that villagers who had come to collect fuel from the tankers were among the dead, and Farrell wanted to interview villagers.

The Times kept the kidnappings quiet out of concern for the men's safety, and other media outlets, including The Associated Press, did not report the abductions following a request from the Times.

A story posted on the Times' Web site quoted Farrell saying he had been "extracted" by a commando raid carried out by "a lot of soldiers" in a firefight.

Mohammad Sami Yowar, a spokesman for the Kunduz governor, said British Special Forces dropped down from helicopters early Wednesday onto the house where the two were being kept, and a gunbattle ensued.

A Taliban commander who was in the house was killed, along with the owner of the house and a woman who was inside, Yowar said. He said Sultan was killed in the midst of the firefight.

Farrell, a dual Irish-British citizen, told the Times that he saw Munadi step forward shouting "Journalist! Journalist!" but he then fell in a volley of bullets. Farrell said he did not know if the shots came from militants or the rescuing forces.

Munadi, in his early 30s, was employed by The New York Times starting in 2002, according to his colleagues. He left the company a few years later to work for a local radio station.

He left Afghanistan last year to study for a master's degree in Germany. He came back to Kabul last month for a holiday and to see his family, and agreed to accompany Farrell to Kunduz on a freelance basis. He was married and had two young sons.

Farrell, 46, is a dual British-Irish national who joined the Times in 2007 in Baghdad. He has covered both the Afghan and Iraq conflicts for the paper. He told the paper that he was not hurt in the rescue operation.

Farrell was the second Times journalist to be kidnapped in Afghanistan in a year.

In June, Pulitzer Prize-winning reporter David Rohde and his Afghan colleague Tahir Ludin escaped from their Taliban captors in northwestern Pakistan. They had been abducted Nov. 10 south of the Afghan capital of Kabul and were moved across the border.