Anonymous has not confirmed the hacking, leading to speculation that it may be a publicity stunt.

By REBECCA MONTAG
AUGUST 14, 2017 16:56
The masked face of international hacker Anonymous
(photo credit: WIKIMEDIA)
Advertisement
International hacking network Anonymous appears to have taken over the neo-Nazi website the Daily Stormer, according to a message on the website's home page. The message reads: "This site is now under the control of Anonymous." 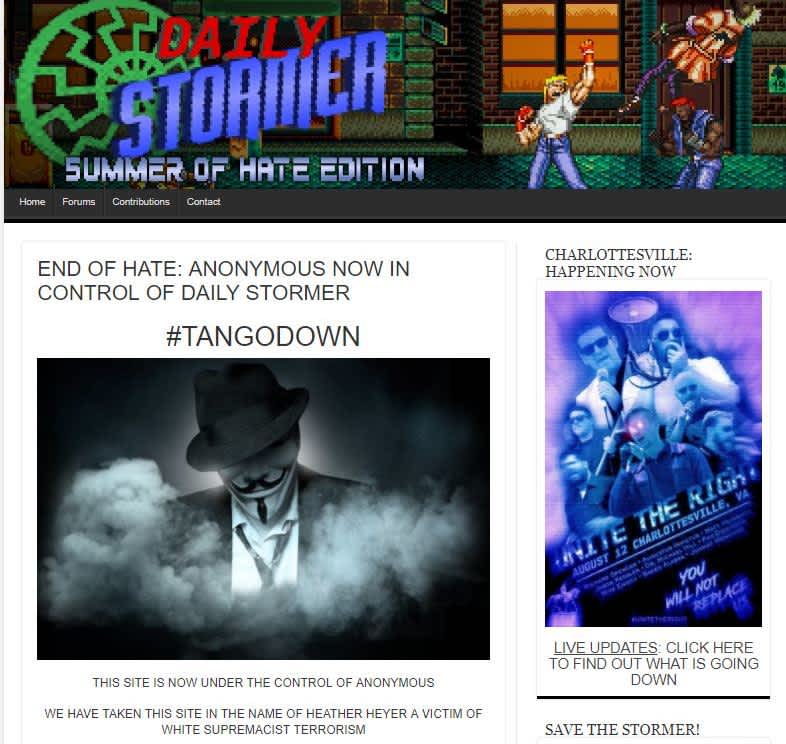 The Daily Stormer is an alt-right, neo-Nazi affiliated website. It was booted from hosting company GoDaddy on Sunday after an article criticizing Heather Heyer, the woman who was killed by a white supremacist in the violent Charlottesville rally.The message reads: "We have taken this site in the name of Heather Heyer a victim of white supremacist terrorism."For too long the Daily Stormer and Andrew Anglin have spewed their putrid hate on this site. That will not be happening anymore."The message states that the site will remain online for 24 hours "so the world can witness the hate." Anonymous will then shut it down."Hackers of the world have united in defense of the Jewish People," the post concludes. "You should have expected us." The official Anonymous Twitter account has not confirmed the hacking, however, leading to speculation that it may be a publicity stunt by the Daily Stormer.

We have no confirmation that "Anonymous" is involved yet. Looks more like a DS stunt. Wonder if they are having issues finding a new host. https://t.co/ikXXRBfC5p
— Anonymous (@YourAnonNews) August 14, 2017