Brazil has one of the world’s highest homicide rates with around 42,000 gun-related deaths every year. 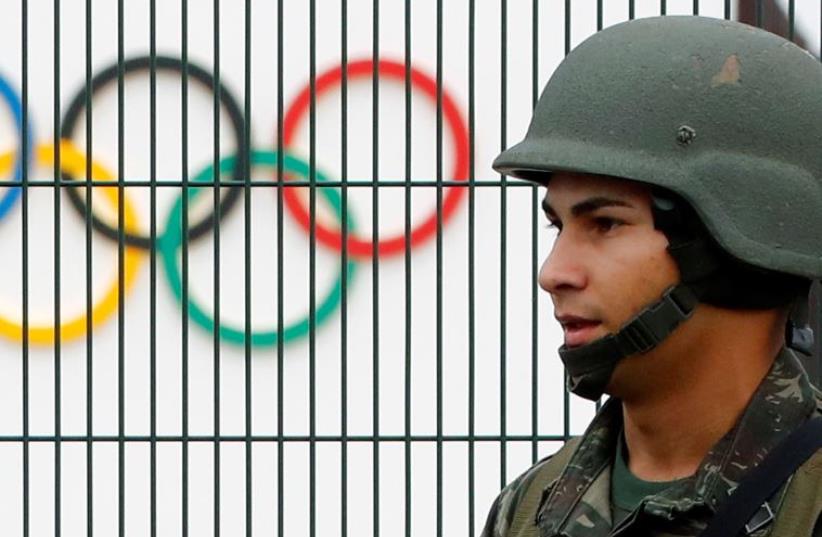 A Brazilian military police soldier patrols at the security fence outside the 2016 Rio Olympics Park in Rio de Janeiro, Brazil, July 21, 2016
(photo credit: REUTERS)
Advertisement
Statistics gathered by the nongovernmental organization Amnesty International have cast a dark shadow over Brazil’s Olympic festivities.According to the NGO, the opening week of the Rio Olympics witnessed a high level of violence in and around the city: At least 14 people were killed and 32 injured, including 11 civilians and three security officers.Despite deploying around 85,000 police and military personnel to secure Rio for the Olympics, there were 59 shootings with an average of 4.8 gun-related injuries per day. The source of the data on firearms violence comes from Amnesty International’s “cross-fire” cellphone application, which enables users to report incidents of gun violence.Most of the gunfire was concentrated in Rio’s favelas – low-income and densely populated neighborhoods – specifically the northern favela of Complexo do Alemão, which registered daily shootings between August 9-12.Brazil has one of the world’s highest homicide rates with around 42,000 gun-related deaths every year, according to Amnesty International’s Brazil advocacy director, Atila Roque.The Amnesty International data comes as Brazilian authorities face criticism for incidents of violence at the Olympics. On Sunday, Olympic swimmer Ryan Lochte, who won a gold medal in the 400x200-meter freestyle relay, was held at gunpoint and robbed along with three United States teammates.