Trying to ‘take a ride’ on Anne Frank’s account

The research, whether or not the researchers will admit it or realize it, may be an antisemitic document and its publication right now is pouring oil on the fire of hatred.

The talented Anne Frank, a peer of mine in high school in Amsterdam, is a symbol and one of the most famous Holocaust victims in the world. The museum in her memory located in Amsterdam counts more than a million visitors a year and an entrance fee of €10 (NIS 17.78) guarantees the museum an income of more than €10 m. (NIS 35.6 m.) a year. Together with donations, this is considered one of the most profitable places of remembrance. For the publication rights owners of Het Achterhuis (The Diary of a Young Girl), the Anne Frank Fonds (AFF) foundation, founded by Otto Heinrich Frank, the heir of Annelies Marie Frank (Anne Frank), it is an important source of income.

The book has been translated into more than 100 languages and is considered one of the most widely read books, after the Bible. Thus, it is not surprising that every publication on the subject of Anne Frank can count on wide distribution and a lot of resonance. It is very easy to take a ride on Anne Frank’s account, and the illustrious researcher that brought the world the announcement, having succeeded where all predecessors had failed, that he has eventually found the traitors of Anne Frank, understood this.

Since the foundation of the museum on May 3, 1960, the question has repeatedly been raised about who passed on the Frank family’s hiding place to the Dutch police. Several investigations did not come to a conclusion and the question remained open. In 2016, Pieter van Twisk, a Dutch media producer, decided to establish a research group of about two dozen researchers for a so-called “cold case team,” with Vince Pankoke, a retired FBI detective, taking the lead, to investigate who revealed the hiding place using modern methods that were not available in the past century.

For this, a large budget was raised, including a substantial subsidy from the city of Amsterdam, and students were assigned as volunteers and others as researchers.

However, upon the publication of The Betrayal of Anne Frank by Canadian author Rosemary Sullivan about the process, which she presented like a true-crime procedural, it became clear that all the promised innovative methods did not lead to any new results and the conclusion of the investigation that the traitor was found was based on doubtful facts, such as the conclusion of the investigation being based on an anonymous note that exists – apparently – in the estate of Anne Frank’s father, Otto Frank. The name that allegedly appears on that anonymous piece of paper is that of an honorable local notary, Arnold van den Bergh. The principal investigator, who does not know Dutch, assumes with 80% certainty that it was that notary who passed on the hiding place of the Frank family to the Dutch working with the Gestapo. His conclusion was in-part based on the alleged existence of a list of hiding addresses allegedly pilfered by van den Bergh from the Amsterdam Jewish Council, an organization on whose board van den Bergh once sat; however, such a list has never been found and the illustrious FBI investigator now admits that the existence of such a list was merely his assumption. 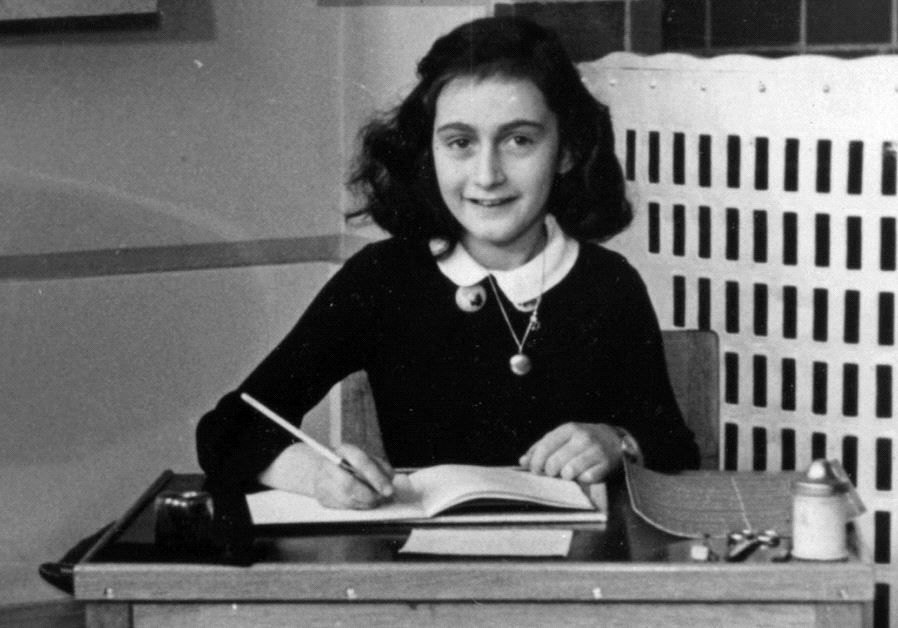 As well, the same researcher notes as a suspicious fact that the notary and his family managed to hide after all members of the Amsterdam Jewish Council were transported to concentration camps. He writes that van den Bergh and his family managed to escape is proof for his conclusion. Indeed, in September 1943 the Nazis, in cooperation with the Dutch police, decided to make Amsterdam Judenrein, free of Jews. Our family and other relatives lived in the ghetto in Amsterdam East at that time and some of us managed to escape a raid and find hiding places with good Dutch people. During the same raid in the ghetto, my two sisters and grandfather were arrested and murdered in Auschwitz concentration camp. My parents, my brothers and me were not the only ones who managed to escape. During this Dutch and German raid, quite a few Jews managed to evade the Nazi police and go into hiding with the help of the Dutch Resistance.

The study indicates that they had difficulty because everyone involved had passed away, but that too is not true. If they had asked Holocaust survivors who are knowledgeable on the subject and members of the Dutch Resistance who are still alive, they could have tested this claim and become aware that it is unfounded.

The conduct of the investigation team is contrary to professional ethics, both in the field of research and in the field of journalistic publication. A strict news embargo was imposed on the study until it was published. The research report has not been given to any known researcher to investigate the adequacy level of this historical investigation. There is no doubt that the facts as put forward by the investigators do not stand up to a legal test and should only be regarded as a defamation of a Holocaust survivor who died of cancer in 1950.

The research, whether or not the researchers will admit it or realize it, may be an antisemitic document and its publication right now is pouring oil on the fire of hatred and the question arises: What does the research team actually want to achieve? One answer to that is money. It is easy to make a financial profit on account of that poor girl, Anne, who was murdered in Bergen Belsen concentration camp. The Dutch government refused to grant her Dutch nationality posthumously.

The Anne Frank Museum and the city of Amsterdam behave as if Anne Frank and her legacy belongs to them. That is why official institutions in the Netherlands and Yad Vashem not distancing themselves from this only adds to the grief of Holocaust survivors who are still alive. It is heartbreaking how all the world’s media, including in Israel, have fallen victim to a Holocaust investigation scam. It is very easy to make a financial profit and get worldwide publicity at the expense of our very talented friend Anne Frank, of blessed memory, who was murdered.

The writer is a 93-year-old Dutch Holocaust survivor who lives in Ramat Gan. He is a prolific Holocaust researcher and past chair of the Dutch Holocaust Survivor Association which negotiated a settlement with the Dutch government for Holocaust claims.