The Holocaust, or the Shoah, is defined by Israel's Holocaust Remembrance Center, Yad Vashem, as the "sum total of all anti-Jewish actions carried out by the Nazi regime between 1933 and 1945." Adolf Hitler's Nazi Germany systematically killed at least 6 million European Jews, approximately two-thirds of Europe's pre-war Jewish population, during the Holocaust. The Nazi regime also murdered Roma, disabled, homosexuals, Slavs, Jehovah's Witnesses, political opponents and black people. Nazi regime & the rise to power The collapse of Germany's Weimar Republic, founded after the First World War, amid economic strife and political violence, saw the rise of the National Socialist German Workers' Party (Nazi Party) under the leadership of Adolf Hitler. Despite a failed putsch in 1923, the Nazi Party became the largest party in Germany in the 1930s and Hitler was appointed Chancellor of Germany in January 1933 by German President Paul von Hindenburg. Although Hitler had risen to power through democratic means, Nazi Germany pursued a path of institutionalized violence and political suppression, racial propaganda and persecution of non-Aryan minority groups. From April 1933, antisemitic legislation was implemented and Jews boycotted. In 1935, the Nuremberg laws were announced, excluding Jews from German citizenship and marriage with Germans, thereby institutionalizing much of the racism that was held to be important in Nazi ideology. The late 1930s saw intense antisemitic policies implemented by the Nazi regime, culminating in Kristallnacht (The Night of Broken Glass) in November 1938, attacks on the Jews of Vienna following the annexation of Austria and mass arrests and deportations. World War II The Second World War began when Germany invaded Poland in September 1939. Shortly afterwards, German forces began the process of confining Jewish Poles in ghettos. The Nazi occupation of the USSR and eastern Poland led to the murder of many Jews, with those remaining confined to ghettos. The establishment of concentration camps, initially for "undesirables" and political opponents, was built up into a network of hundreds of concentration and extermination camps in German-occupied territory. The first extermination of prisoners at the infamous Auschwitz camp took place in September 1941. Final Solution The "Final Solution of the Jewish Question" was formulated by the Nazi leadership at the January 1942 Wannsee Conference with the goal of the annihilation of the Jewish people. Jews from across Europe were deported en masse to concentration and extermination camps and murdered by an extensive system of gas chambers, death marches and killing squads. Only 10% of Polish Jewry, who numbered over 3 million before the war, survived the Holocaust. Although there is no exact figure for the number of Jews murdered in the Holocaust, the number of victims was approximately six million. Post-Holocaust The horrors of the Holocaust were only fully understood with the liberation of the camps by Allied soldiers. Refusing or unable to return to their countries of origin, many survivors remained in Displaced Person's camps in Germany, Austria and Italy. The British refused to permit survivors to emigrate to Palestine, and it was therefore only in 1948 that the newly-established State of Israel absorbed many of the displaced survivors. Others made Western countries their new home. Sadly, the number of Holocaust survivors that remain alive and able to recount first-hand their experiences of the horrors of persecution are dwindling all the time. International Holocaust Memorial Day is commemorated annually on 27 January. The day remembers the six million Jews murdered and the millions of people killed in Nazi persecution and subsequent genocides across the world.

By CNAAN LIPHSHIZ
01/08/2020
After 76 years, DNA tells fate of German-Jew who perished in Nazi massacre

The Ardeantine massacre was an infamous mass execution carried out near Rome in March 1944 by Nazi German occupation soldiers during World War II.

The 200-page report issued Wednesday was mandated by the Justice for Uncompensated Survivors Today Act, or JUST Act of 2017.

Considering the intellectual, educational, creative, and cathartic facets of comedy, it is understandable, even inevitable, that Holocaust humor has become integrated into popular culture.

By ANNETTE COVRIGARU/JTA
30/07/2020
Who would sell Holocaust-themed face masks? This guy.

Those masks, and others like them, are sold online at HolocaustFaceMasks.com. Other products on the site feature photos from Nazi rallies or a Japanese internment camp in the United States.

In April, Poland’s parliament sent draft legislation aimed at blocking restitution of property lost or stolen during the Holocaust to a committee.

“The melting pot,” as described in 1948, consisted of many groups of Israelis who came from different origins, bringing with them different ideas.

Tells stories of 138 Slovaks who helped save Jews during the Holocaust.

This prayer book was published by Schocken in 1937, a year before Kristallnacht. Decades later, a reader at the National Library was surprised to find in it a clearly visible Nazi seal. 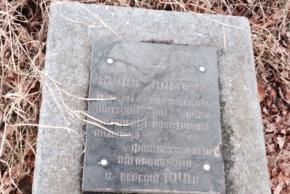 Bodies of 286 Jews murdered in Holocaust found in Ukraine basement

The basements were opened after the war, but they were left open without moving the bodies with a sign marking it as the place of a mass murder.