"I do not make political statements, I am a businessman with responsibilities to my many thousands of employees in Russia and Ukraine."

A person walks his dog in front of a damaged residential building, after Russia launched a massive military operation against Ukraine, in Kyiv, Ukraine February 25, 2022.
(photo credit: UMIT BEKTAS/REUTERS)
Advertisement

Billionaire Russian-Israeli businessman Mikhail Fridman has told his staff in a letter that the conflict in Ukraine is driving a wedge between the two eastern Slav peoples of Russia and Ukraine who have been brothers for centuries.

He said he had ordered the operation to protect people, including Russian citizens, from "genocide" - an accusation the West calls baseless propaganda.

In a letter that was first reported by the Financial Times, Fridman, who was born in 1964 in Ukraine but earned billions in Russia after the Soviet Union collapsed 1991, wrote that war was not the answer.

"I was born in Western Ukraine and lived there until I was 17. My parents are Ukrainian citizens and live in Lviv, my favorite city," Fridman wrote in the letter, excerpts of which Reuters saw. 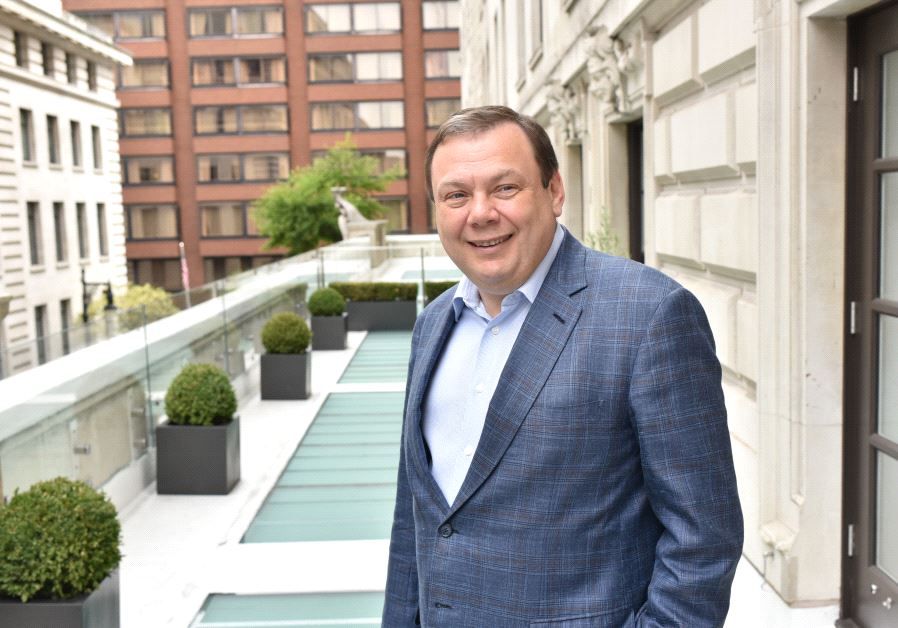 "But I have also spent much of my life as a citizen of Russia, building and growing businesses. I am deeply attached to the Ukrainian and Russian peoples and see the current conflict as a tragedy for them both."

Russian armor pushed into Ukraine's second-largest city on Sunday and explosions rocked oil and gas installations on the fourth day of the biggest assault on a European state since World War Two.

Fridman and Alfa did not respond to requests for comment.

Fridman is also the co-founder of LetterOne, or L1, which has long-term investments of more than 25 billion pounds ($33.5 billion) in the technology, energy, health and retail sectors.

"I do not make political statements, I am a businessman with responsibilities to my many thousands of employees in Russia and Ukraine," Fridman wrote. "I am convinced, however, that war can never be the answer."

"This crisis will cost lives and damage two nations who have been brothers for hundreds of years. While a solution seems frighteningly far off, I can only join those whose fervent desire is for the bloodshed to end. I’m sure my partners share my view."

One of Fridman's long-term partners, Pyotr Aven, attended a meeting at the Kremlin with Putin and other Russian billionaires last week, Russia's TASS news agency reported.