Which weapons were in US arms transfer to Ukraine? - explainer

The US has sent another $800 million in military aid to Ukraine. Which weapons are being provided?

A weapons transfer from the US to Ukraine worth $800 million was authorized on Wednesday by President Joe Biden.

Which weapons were transferred?

"Assistance that we’re amping up support for, is exactly what we feel is effective in fighting this war," White House Press Secretary Jen Psaki said in a Wednesday briefing.

800 American-made FIM-92 Stinger surface-to-air missiles will be sent to Ukraine. With a range of up to 4.8 kilometers, Stingers are man-portable air-defense systems (MANPADS) that can be individually carried by soldiers, in contrast to static or vehicle-based missile emplacements. This allows for a mobile force that can engage enemy aircraft while not presenting as much of a target to the opposing military.

Ukrainian forces have employed MANPADS with great effect to down Russian helicopters. The Ukrainian military claims to have shot down 86 Russian warplanes and 108 helicopters, many of these kills attributed to SAMs. A senior US official told CNN on March 7 that NATO has provided Ukraine with 2000 Stinger missiles since the war began. 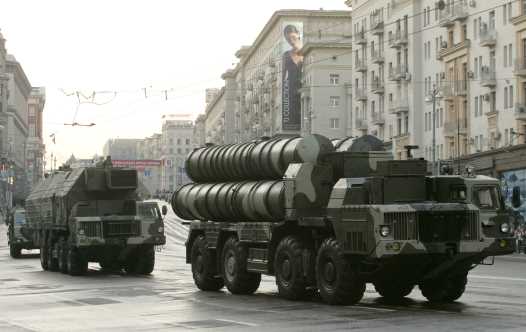 Intelligence estimates by the UK and US have assessed that the skies of Ukraine remain contested, Russia struggling to achieve the air superiority many analysts assumed they would achieve early in the war.

While Ukrainian President Volodymyr Zelensky and other Ukrainian officials have repeatedly asked for a no-fly zone and additional jets, anti-air systems have been seen as a middle measure to prevent Russia from achieving control of Ukraine's airspace.

There were plans proposed to supplement Poland's air force with new American warplanes, who would then transfer their Soviet-made MiGs to Ukraine.

Zelensky has also called for S-300 SAMs, which are Soviet anti-air systems.

"While I’m not going to get into specifics for security reasons, we are continuing to work with our Allies and key partners to surge new assistance, including Soviet or Russian-origin anti-aircraft systems, which is exactly what that is," Psaki said when asked about S-300s.

Javelin missiles are powerful anti-armor weapons that can penetrate the thick hides and counter-measures of modern main battle tanks (MBT). The missiles, which have an effective firing range of 2.5 to almost 5 kilometers depending on the variant, are shoulder-launched fire-and-forget guided projectiles, which means that the operator can launch their attack and then take cover, making it a good weapon for hit-and-run and guerilla tactics.

Service members of the Ukrainian Armed Forces fire a Javelin anti-tank missile during drills at a training ground in an unknown location in Ukraine, in this handout picture released February 18, 2022. (credit: UKRAINIAN JOINT FORCES OPERATION PRESS SERVICE/HANDOUT VIA REUTERS)

AT4 and LAWs can destroy or incapacitate many armored vehicles, but cannot penetrate the armor of MBTs and APCs of the same caliber.  They are also effective at destroying fortifications and defensive cover. Unlike the Javelin, they have an effective firing range of only a few hundred meters.

Russian armored advance has stalled in the muddy fields of Ukraine, and have to advance in many areas along steppes. This is among the reasons that anti-armor weapons have been successful in slowing the Russian campaign.

"Anti-armor and air-defense systems, they are effectively defending the country," said Psaki.

Ukraine claims to have destroyed 444 tanks, 1433 armored vehicles of different types, and a further 864 ground vehicles.

The Biden administration will be sending 100 Tactical Unmanned Aerial Systems.

It wasn't clear from the factsheet what type of drones were being sent to Ukraine, but a US official told ABX news that they will be Switchblade kamikaze drones, or loitering munitions. Loitering munitions, can wait in an area for a target, and engage once an enemy has been identified. Switchblade drones are small, about the size of an infantry mortar bomb.

The Ukrainian forces have utilized unmanned aerial systems to great effect during the war, most notably the Baykar Bayraktar TB2.

Bayraktar TB2 of the Ukrainian Air Force (credit: MINISTRY OF DEFENCE OF UKRAINE/CC BY 4.0/VIA WIKIMEDIA COMMONS)

Psaki said in the Wednesday briefing that the US would be providing Counter-UAV and UAV tracking systems.

The drone package "demonstrates our commitment to sending our most cutting-edge systems to Ukraine for its defense," Biden said, according to Defense Department News.

100 Grenade Launchers, 5,000 Rifles, 1,000 pistols, 400 machine guns, and 400 shotguns will be transferred to the Ukrainian military, along with 20 million rounds of ammunition. The weapons will be accompanied by 25,000 sets of body armor and helmets.

As cities such as Mariupol, Sumy, and Kyiv suffer siege, some see it only a matter of time before the Russian advance manages to enter major cities, and for hard urban combat and guerilla warfare to become keys component of the war.

"What we’re talking about, which is giving rifles and pistols to many of them farmers and people living in countrysides to defend themselves," said Psaki.

How much does the equipment the US is sending cost?

How many other countries are arming Ukraine?

"At least 30 countries to date have provided security assistance to Ukraine since the invasion began," said Psaki. "And in 2022, the Department of State authorized third-party transfers of defensive equipment from more than 14 countries, a number that continues to grow as Allies and partners increase support to Ukraine."