The bill will give the Treasury “the additional authority to designate foreign banks as institutions of primary money-laundering concern, and to forbid them from holding or using correspondent accounts in the United States if the banks are used to facilitate or promote martyr payments to terrorists or if the banks knowingly provide financial services to Hamas.”

The legislation would also establish the sense of Congress urging the Treasury “to find foreign financial institutions that flout anti-terrorism financial regulations to be of primary money-laundering concern, and to prohibit them from holding or using correspondent accounts in the United States.”

Rep. Doug Lamborn (R-Colorado), who led the bill, held a news conference on Capitol Hill together with the parents of army veteran Taylor Force, who was murdered in Tel Aviv on March 2016 by a Hamas terrorist.

Force’s murder led to the passing of the act titled in his name in both houses of Congress. The act cuts non-humanitarian US aid to the Palestinian Authority until it stops paying terrorists and their families. 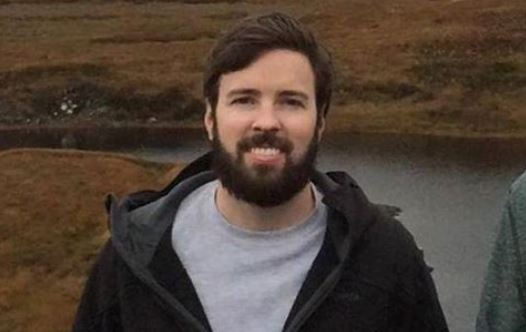 “In the years since our son Taylor was killed in 2016, we have been dedicated to making certain that at least some good emerges from our loss,” said Force’s father, Stuart Force. “Our first mission was the enactment of the Taylor Force Act in 2018, which limits the US aid to the Palestinian Authority while it continues its reprehensible ‘pay-for-slay’ program of compensating terrorists and their families. We’ve recently come to the realization that the job is half done, and the truth is the payments have continued and those responsible have not been held accountable. The Taylor Force Martyr Payment Prevention Act seeks to finish the job by providing the US government with an important new tool to disincentivize banks from being part of the martyr-payment program and deny them access to the US financial system until they stop doing it.

Lamborn said that “It is absolutely unacceptable that the Palestinian Authority continues to encourage acts of terrorism through ‘pay to slay’ payments. While the Taylor Force Act was an essential step toward ending the Palestinian Authority’s immoral ‘pay to slay’ program, the Taylor Force Martyr Payment Prevention Act works to ensure that Palestinian terrorists don’t benefit financially for committing acts of violence against Israeli citizens or the United States.”

Sen. Tom Cotton (R-Arkansas), who introduced the Senate version of the bill, said in a statement: “Radical Islamic terrorists shouldn’t be rewarded for killing innocent people, and banks should be held responsible for processing any sort of ‘martyr payments.’”

According to Cotton, banks in “nominally friendly jurisdictions” evade US anti-terrorism sanctions by avoiding an official presence in the US, “and continue to knowingly provide banking services, including dollar-denominated transactions, for terrorist organizations. Our bill will build upon the Taylor Force Act to ensure Palestinian terrorists don’t benefit financially for committing these senseless murders.”