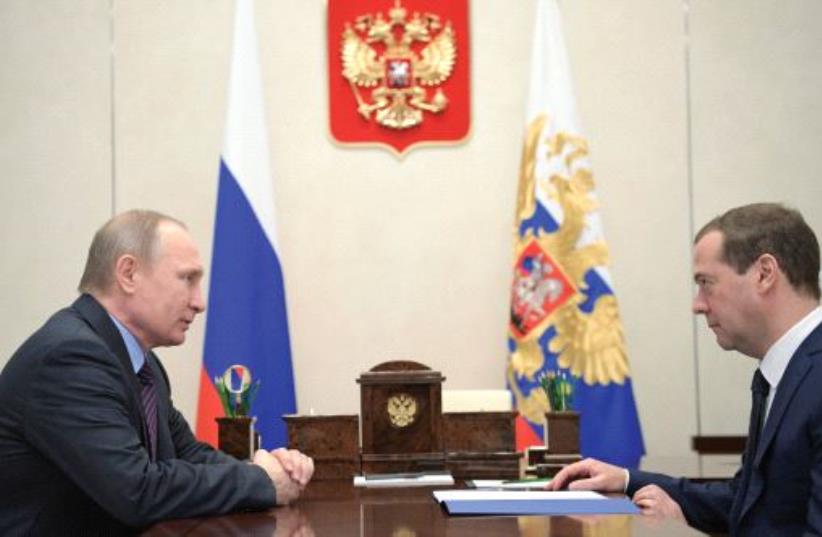 Russia appreciates the balanced attitude of the Arab countries to the situation in Ukraine, Dmitry Medvedev, deputy head of the Security Council of the Russian Federation, said in an interview with Al Jazeera TV.

"I would like to say that in general, our Arab friends have an absolutely balanced, moderate and calm stance, which is exactly what is required in this situation," he said. "They understand that this conflict has certain historical roots, understand that our country tried to settle it at the negotiating table but at the same time they do not take sides. We appreciate this position, demonstrated by the majority of Arab states."

"They understand that this conflict has certain historical roots, understand that our country tried to settle it at the negotiating table but at the same time they do not take sides. We appreciate this position, demonstrated by the majority of Arab states."

Despite the fact that every Arab state except for Syria voted against Russia in the UN General Assembly on March 2, there has been little condemnation or sanctioning of Russia on their part, unlike the consensus among most Western states.

Medvedev's comments were made in the interview that was not immediately released in full. In another segment, he said that he was grateful for Israel's help in acting as a mediator in negotiations with Ukraine.

He also claimed in the interview that the reason the conflict was merely a "special operation" and not a war was that Russia has been attempting to minimize damage to civilian infrastructure. There is significant evidence to the contrary, such as Russia's use of "dumb bombs" in predominantly civilian areas.

Medvedev's comments about the Arab states echoed those of Russian Foreign Minister Sergei Lavrov, who said in a press conference in Riyadh on June 1 that “We appreciate and reaffirmed today once again [that we are grateful for] the balanced position that they take towards this issue at international forums, and in practice, refusing to join the illegitimate, unilateral Western sanctions that were introduced against Russia.”

Many Arab countries depend on both Ukrainian and Russian wheat imports, which have been disrupted due to the war. Ukrainian wheat shipments allegedly stolen by Russia have made their way to Syria and Egypt. The latter, however, turned away a Russian ship on Thursday due to "improper paperwork," that Ukraine claimed was stolen.

Officials representing Ukraine, the United States and the European Union have asserted that Russia is "blackmailing"  the world over the looming food crisis and "using food as a weapon" in order to have world powers lift their economic sanctions against Russia.