A closer look shows China, the second-largest economy in the world, as the main winner and the strongest influencer active for many years in the Middle East. 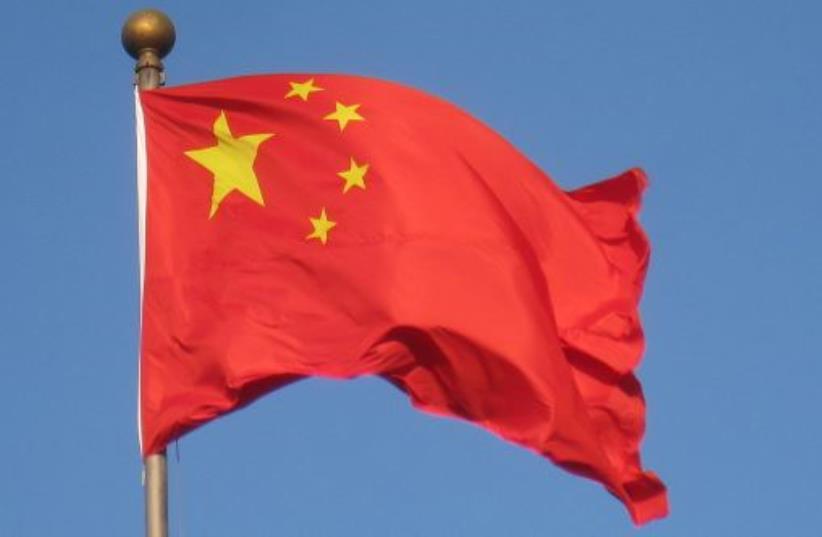 While the United States, Europe and international organizations led by NATO are dealing with the Russian invasion of Ukraine and Putin’s aggressive comportment, it seems that the trade war and ideological confrontation between Washington and Beijing have been somewhat forgotten, or at the very least have lost their luster in the fog of war.

But that’s not the case. This narrow way of looking at the situation misses movements and in-depth processes that have been taking place in recent years in the international arena, with an emphasis on the Middle East, in the context of power struggles between the superpowers and their regional allies. As China is experiencing economic, military and political enhancement, the US is minimizing its involvement in the Middle East and other international conflicts that do not directly affect their interests, such as Ukraine.

Thus, while countries in the Middle East, namely Israel, Iran, Saudi Arabia and Turkey, fight among each other, while concomitantly striving to renew ties with each other and create partnerships with the superpowers, they are also doing their best to avoid becoming enmeshed in the geopolitical rivalry between the US, China and Russia.

The facts speak for themselves. The Middle East, which has been known for decades as one of the most complex and volatile strategic regions in the international arena, is undergoing significant upheaval, turning it into the heart of the escalating confrontation and competition between Washington, Beijing and Moscow, as they vie for control and political influence on a global scale.

Meanwhile, the lines demarking their areas of influence in the region are changing beyond recognition and constantly being redrawn. This is taking place against the backdrop of US foreign policy changes that were announced by the Obama Administration in 2011 and the gradual departure of the US from the region, as it draws closer to Asia, and especially to Northeast Asia and the South China Sea. At the same time, China is investing heavily in the region, in part because of its fear of the fallout as a result of the Arab Spring and its impact on the region’s internal stability, alongside Russia’s massive presence in Syria that began in 2015.

And as if that were not enough, over the last two years the COVID-19 epidemic has led to severe economic distress in many poor Arab countries. Their situation has worsened, since the war in Ukraine has led to a cessation of wheat deliveries to these countries (85%-90% of the wheat imported by Egypt, Syria and Lebanon comes from Russia and Ukraine). These circumstances have fundamentally undermined the fragile status-quo and relative stability of the region. All of these factors in turn affect the threat map, as well as the range of opportunities that exist in the Middle East.

A closer look shows China, the second-largest economy in the world, as the main winner and the strongest influencer active for many years in the Middle East, while many countries and various organizations (including Palestinian organizations and Shia terrorist groups, namely Hezbollah) strive to maintain trade and economic ties with it.

Who is the superpower in the region?

China is seen as a replacement for the US and as a superpower that can fill the vacuum that was created as the US began withdrawing from the region, in part due to its desire to maintain neutrality, and preserving its principle of neutrality and non-interference in internal affairs of countries. Moreover, the Middle East is rich in oil and natural gas resources, which means the region is becoming an increasingly more important strategic asset for China. For example, between 2005 and 2009, trade between China and countries in the Middle East increased by 87% and Chinese investment in the region rose from $10 billion (NIS 34.4 b.) in 1990 to $220 b. (NIS 756.7 b.) in 2016.

Furthermore, since 2015, China has become the largest importer of oil from the region (40% of its imports come from the Middle East, namely Saudi Arabia, Iraq and Oman) and is the only superpower that has diplomatic, commercial and military relations with all of the countries in the region, including Israel. As proof, note that it has signed the CASCF Agreement with Arabian Peninsula countries and the GCC Agreement with Gulf states.

SINCE 2019, China has also been heavily investing in the development of advanced infrastructure and technological systems, including the installation of 5G networks, and constructing electronic commerce centers and smart cities all over the Middle East, including in Israel (Ashdod, Rishon Lezion and Netanya). These steps, which are part of China’s long-term pragmatic and strategic planning, reflect to a great extent China’s empowerment and transformation into a regional and global superpower.

China has become stronger in recent years, particularly since President Xi Jinping came to power in 2012, and has invested trillions of dollars in energy, transportation, and commercial and telecommunications infrastructure around the world. The Belt and Road Initiative (BRI), a.k.a. the New Silk Road, was launched in 2013 and blends well with China’s pragmatic Peace through Development approach that it created to assist countries integrate into the global economy.

This approach, which is one of the most ambitious global economic projects spearheaded by China’s Foreign Affairs Ministry, connects China by land, sea and the digital world to foreign markets and raw materials around the world, especially in Europe, Africa, the Middle East, and South and Central America. They have accomplished this feat by offering loans and investment opportunities from international banks and companies, and also by creating bilateral and multilateral strategic partnerships, alongside long-term alliances and agreements with countries, such as the 25-year economic, military and security agreement it signed with Iran, last year.

This project connects countries, companies and different cultures by building bridges, roads, ports, dams and power stations. It contributes significantly to China’s global position, restoring the nation to a time of historic greatness when it was the strongest economy in the world. A recent New York Times study shows that over the past decade, China has constructed and funded infrastructure in over 100 countries on all five continents, and has carried out massive investments in the Middle East, including in Iran, Iraq, Turkey, Saudi Arabia, Syria and yes, in Israel, as well.

The BRI reflects China’s tremendous power, its aspiration to return to being the center of global trade and commerce, and its transformation of itself from a regional Asian power into a global political superpower. Contrary to Western thinking and its misconception of China, this project is not part of a Chinese conspiracy to take over the world. It is designed to curb the US’s hegemonic influence, and to make the world conform to China’s interests and perceptions, without requiring the countries involved in this project to adopt the principles and ideology of the Chinese government or the Communist Party in return for benefitting from these investments.

It’s important to explain that throughout its long history, China has remained extremely isolated from the rest of the world. It has retained its uniqueness and held on to capabilities that no other country in the world has. It takes advantage of these capabilities to strengthen its power and geopolitical status, to influence global processes that could lead to the strengthening of its interests, and to maintain a balance of power and regional stability. These are the guiding principles it follows.

Therefore, from a broad geopolitical and economic point of view, there’s no doubt that we need to rethink the future of international and regional relations in the Middle East, especially for Israel. The chaotic era we’re currently living in is constantly changing, and China, which is struggling with complex challenges at home and abroad, such as the COVID-19 epidemic, is the only superpower that could possibly fill the shoes of the Americans and become the regional police, although it is far from certain whether it will want to fulfill this role.

Moreover, China’s policy toward Israel’s neighbors, including the rehabilitation of Syria, military, economic and diplomatic support for Iran, and strengthening the voice of Palestinians in international circles, underscores Israel’s need to find a way to form closer relations and strengthen its connection with China.

China has five thousand glorious years of history and is home to 1.4 billion people who constitute 20% of the world’s population. China is strong, stable and powerful. It is a necessary strategic asset that provides economic and nutritional security to many of the countries in our region, and is a major superpower that currently holds key global economic, political and diplomatic positions.

The writer is an expert in International Security, Geopolitical Crises and Global Terrorism.