Israel, the US and Paraguay say it is indeed connected to Iran's Islamic Revolutionary Guards Corps overseas branch.

A gas flare on an oil production platform in the Soroush oil fields is seen alongside an Iranian flag in the Persian Gulf, Iran, July 25, 2005
(photo credit: RAHEB HOMAVANDI/REUTERS)
Advertisement

The Boeing 747 aircraft arrived from Mexico at an airport in the Argentinean city of Cordoba on June 6, with a registered crew of five Iranians and 14 Venezuelans. It then attempted to fly to Uruguay but was denied permission to land, after authorities in Paraguay, where the plane had stopped last month, warned that seven crew members were part of the Quds Force, the Revolutionary Guards branch responsible for operations outside Iran.

The plane then returned to Argentina, landing on June 8 at Ezeiza airport near Buenos Aires, where it and its crew are being detained.

The aircraft formerly belonged to the Iranian airline Mahan Air, which is sanctioned by the United States for its links to the Revolutionary Guards Corps and its Quds Force, groups that are designated as terrorist organizations by the US.

A year ago, the plane was sold to Emtrasur Cargo, a subsidiary of Conviasa, Venezuela’s state-owned flag-carrier airline that is also under US sanctions. 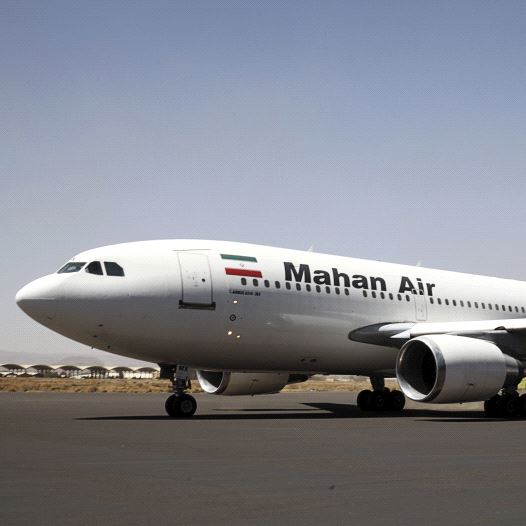 “The State of Israel is particularly concerned about the activity of the Iranian airlines Mahan Air and Qeshm Fars Air in Latin America, companies engaged in arms trafficking, transfer of people and equipment that operate for the Quds Force, which is sanctioned by the United States for being involved in terrorist activities,” Israel’s embassy in Buenos Aires said in a statement on Thursday.

The embassy expressed concern about Iran’s efforts to expand its influence in South America “as a base for terrorist actions,” the statement continued, citing the planned assassination of an Israeli businessman in Bogota, Colombia late last year.

However, Argentinean President Alberto Fernández said on Saturday that there was “no irregularity” with the plane and that it arrived in Argentina because of “fuel difficulties” related to the US sanctions on Venezuela.

Fernández made the claim despite the fact that, on Friday, the FBI and Paraguayan intelligence identified the pilot of the plane as Gholamreza Ghasemi, linked to the Quds Force.

Ghasemi, according to the FBI report that was passed on to the Argentinean authorities, “is CEO and a member of the board of directors of Qeshm Fars Air,” a company that has “direct involvement in terrorist activity and … operates cargo flights under civil cover for the Quds Force and the Iranian Revolutionary Guards and uses it to smuggle weapons and sensitive equipment from Iran to Syria, among other things.”

Andrés Serbin, an Argentinean-Venezuelan international analyst and director of the Coordinadora Regional de Investigaciones Económicas y Sociales (CRIES) think tank, told The Media Line that the fact that Fernández said the issue was confined to fueling difficulties shows that Argentina’s government was incompetent and unable to deal with the situation at first.

“This flight didn’t raise any alarms in Argentina until Uruguay actually closed its airspace to the plane. It was only when the plane returned to Buenos Aires that it received attention in the media, and it was then that the government reacted. But initially, the flight came into Argentina with no problems at all,” said Serbin.

That is why Argentina’s government is saying the whole thing is being made up by the opposition, he said.

Serbin says that the incident is due to either incompetence or to Iranian accomplices within the Argentinean government, and that now “it is getting harder for the government to cover it up.”

Alex Grinberg, an Iran expert at the Jerusalem Institute for Strategic and Security (JISS), told The Media Line that the cargo plane, which was reportedly transporting auto parts, was probably a cover for something else.

“The car parts might be a perfect cover for carrying out terrorist activities,” said Grinberg.

Volkswagen and any other entity that was alleged to be involved in the cargo delivery have said they had nothing to do with the plane, noted Serbin.

The aircraft had IRGC officers on it, raising the possibility that they were on their way to carry out terrorist activities against Israeli, Jewish or American targets, Grinberg added.

“Usually, it is Hizbullah agents who are under Iranian command that carry out the kind of activities that are about smuggling or drug dealing. But when they are IRGC officers, it means that they will conduct a serious attack and they need a cover for that,” he continued.

Serbin noted that there is a discrepancy in the lists of the crew members’ names, from which he concludes it was probably about getting operatives in and out of Argentina.

Iran, said Grinberg, has at its disposal wide networks in South American countries with emphasis on Paraguay and Venezuela, “which is a place IRGC and Hizbullah officers are free to travel to.”

“Venezuela is an Iranian hub,” he said.

Some of these networks, he added, are related to drug cartels, and others are criminal infrastructures that help Iran to threaten Israeli targets.

“This can be in any place where you find an Israeli embassy, company, interests or citizens,” Grinberg said.

Regarding the Iranian presence in South America, Serbin added that if there is a conflict between Iran and Israel in the near future, Tehran is not going to be able to react using conventional military means.

“They don’t have the capacity to be successful in a conventional attack against Israel,” he said. “So, we are likely going to see them reach out to different parts of the world where they can attack Israeli or Israeli-related targets,” he continued.

In 1992, the Israeli embassy in Buenos Aires was attacked by a suicide bomber, and in 1994, the AIMA Jewish community building in the city suffered another suicide bomb attack. Both are attributed to Iran. However, no official verdict has been issued by the Argentinean authorities.

That is why, Grinberg explained, Israel monitors all traffic from Iran to South America. He believes that an Iranian attack on an Israeli target is an imminent threat.

“I think that sooner or later the Iranians will strike somewhere. They are eager to kill Israelis or Jews,” he said.

As for the Iranian and Venezuelan reactions to the airplane affair, Iran says the aircraft does not belong to it, and Venezuela has been very active in the media trying to get along with the Argentinean government, Serbin said.