The US is also focusing on supplying Ukraine with anti-ship missile platforms. 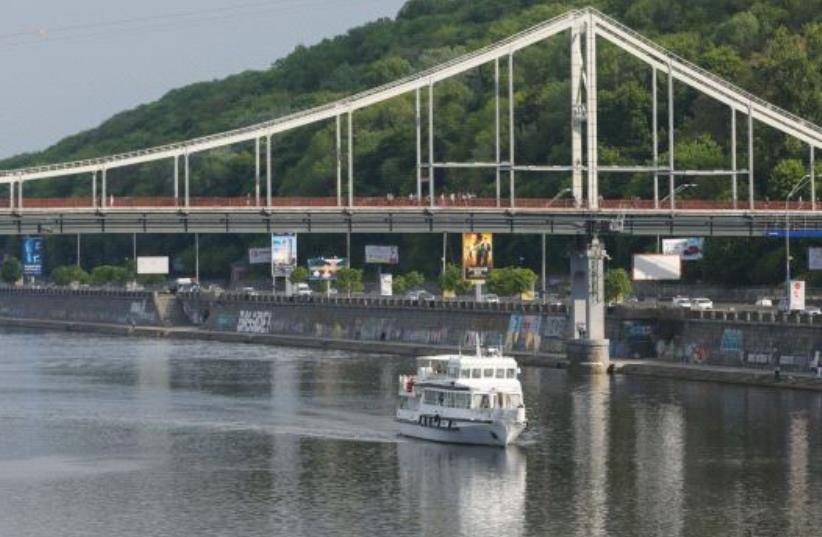 A MOTORBOAT passes under a footbridge over the Dnieper River in Kiev, Ukraine.
(photo credit: REUTERS)
Advertisement

The United States is supplying Ukraine with 18 coastal and riverine patrol boats, the Pentagon announced on Thursday.

"I authorized a drawdown of up to $450 million in arms and other equipment from the US Defense Department inventories, including high-mobility artillery rocket systems, tens of thousands of additional rounds of ammunition for artillery systems that Ukraine has already received, including howitzers and patrol boats to help Ukraine defend its coast and its waterways," US Secretary of State Antony Blinken said at a press briefing on Friday.

"These coastal and riverine patrol boats are essentially very useful in patrolling the rivers of Ukraine."

A senior US defense official explained in a separate Friday briefing that a variety of different vessels were being given to the Ukrainians. The small flotilla will include two small 35 feet ships, six 40-foot patrol boats, and 10 "34-foot Sea Ark Dauntless-class patrol boats."

"These coastal and riverine patrol boats are essentially very useful in patrolling the rivers of Ukraine," the defense official said. "These are largely to protect the river ways and to enable Ukraine to maintain its control of the river ways. They can also be used in close-in coastal areas, but the river piece was the initial impetus I believe for this particular request."

Ukraine has several important rivers that run through the country, including the Dnieper River, which bisects Ukraine.

“The Dnieper is a major transportation artery for Ukraine, and its dams provide power to a lot of Ukrainian industry, as well as civilians,” Dr. Scott Savitz, a senior engineer at the RAND Corporation, a US nonprofit global-policy think tank, told The Jerusalem Post in early March. “It cuts through the heart of Ukraine. It is for Ukraine what the Mississippi River is for the US.”

If militarized by Russia, the Dnieper River could be used to divide the beleaguered state.

“If they’re thinking about dividing Ukraine in half, with the river as the border, that’s an option,” Savitz said. “Bodies of water often form defensible boundaries.”

"In terms of defending the Black Sea coast, including the Port of Odesa, this is where we see coastal defense capabilities as being vital," said the defense official. "And here is where the fact that you've seen donations from allies of the Harpoon system and now you have the United States also leaning in to provide the Harpoon system, this will be helpful in enabling the Ukrainians to defend Odesa, and other positions along the Black Sea coast."

"The focus, in terms of support for Ukraine to enable its defense, it really is on providing Ukraine these coastal defense systems," said the US defense official. "Certainly, Ukraine does have some indigenous capability in this area with the Neptune missile, but we're very eager to be able to provide the Harpoon system, which the U.S. is providing under the Ukraine Security Assistance Initiative, and having our allies also provide those capabilities."

Ukraine's Neptune anti-ship missiles were used to critically damage the Black Sea Fleet Flagship Moskva in mid-April. It later sunk as it was being towed in a storm to harbor.

In addition to Harpoons and Neptunes, the UK has supplied Ukraine with Brimstone anti-ship missiles.

Since the sinking of the Moskva, Russian vessels have kept their distance from the shore, but have continued to maintain an effective blockade against Ukraine. They have also been used to launch cruise missiles against targets in Ukraine.

"Russians continue to blockade Ukraine, and they continue to prevent Ukraine from having access both to the Sea of Azov, which is completely blocked and used to be a channel of commerce and industry and food supplies, and also, the Black Sea, as well," said the US defense official.  "So they do have that overwhelming presence that is blockading Ukraine from being able to ship grain to the rest of the world."