The main difference between the tribute museum and the larger, nearby 9/11 Memorial & Museum at Ground Zero was her program's focus on first-hand stories from people who were directly affected.

The Statue of Liberty and One World Trade Center are seen as the Tribute in Light shines in downtown Manhattan to commemorate the 19th anniversary of the September 11, 2001 attacks on the World Trade Center at the 9/11 Memorial & Museum in the Manhattan borough of New York City, New York, US, Sep
(photo credit: REUTERS)
Advertisement

A museum in New York City that told the story of the 9/11 attacks from the perspectives of the people affected has closed its building and ended its walking tours, a co-founder said Thursday.

After shuttering the doors of the 16-year-old 9/11 Tribute Museum Wednesday evening, volunteers spent Thursday morning coordinating the pickup of a World Trade Center steel beam that was heading for storage, along with other artifacts such as first responders' gear and parts of the two planes that crashed into the buildings.

"The visitors just aren't back."

Jennifer Adams-Webb, a co-founder of the museum and CEO of the non-profit September 11th Families Association

Attendance has decreased from nearly 300,000 a year prior to a six-month closure in 2020 due to the coronavirus pandemic to a record low of 26,000 in 2021, said Jennifer Adams-Webb, a co-founder of the museum and CEO of the non-profit September 11th Families' Association, which helped start the museum.

"The visitors just aren't back," she said, saying the only way the museum would have been able to stay open was with government support. It had been unable to secure that, despite months of conversations with the New York City Department of Cultural Affairs and other offices, she said. The Department of Cultural Affairs did not immediately respond to a Reuters request for comment.

How was the 9/11 tribute museum different than the museum at Ground Zero? 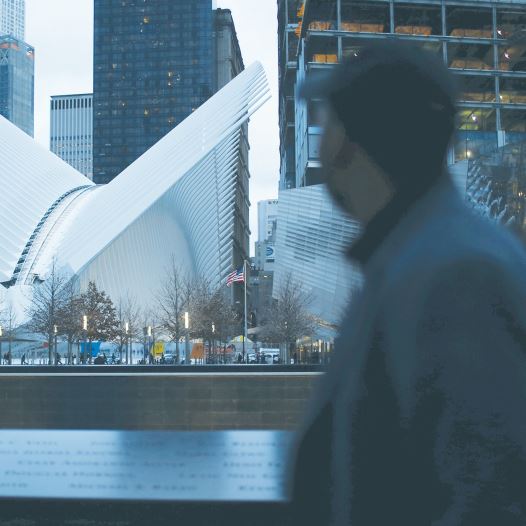 The main difference between the tribute museum and the larger, nearby 9/11 Memorial & Museum at Ground Zero was her program's focus on first-hand stories from people who were directly affected, Adams said.

Among the volunteer tour leaders was Peter Bitwinski, a worker for the Port Authority of New York and New Jersey.

Bitwinski said he was at his desk in the World Trade Center on Sept. 11, 2001, when hijackers slammed airplanes into the twin towers. The Sept. 11 attacks - which also saw planes downed at the Pentagon outside Washington and in Shanksville, Pennsylvania - killed nearly 3,000 people.

Bitwinski said he and others evacuated, helping a wheelchair-bound co-worker and taking more than an hour to descend nearly 70 flights of stairs.

Once they finally exited and cleared the area, Bitwinski said they saw smoke, debris and "people jumping from the highest floors of the towers."

In addition to helping people understand what happened that day and honoring the victims and first responders, the 9/11 Tribute Museum "helped me individually to continue to heal," Bitwinski said. "I had psychological counseling, but each time I share and talk, it's a healing experience for me, too."

More than 500,000 people took the tours since the opening of the museum in 2006, Adams-Webb said. Artifacts are set to be moved to the New York State Museum in Albany.